Trump warned of moving US embassy to Jerusalem 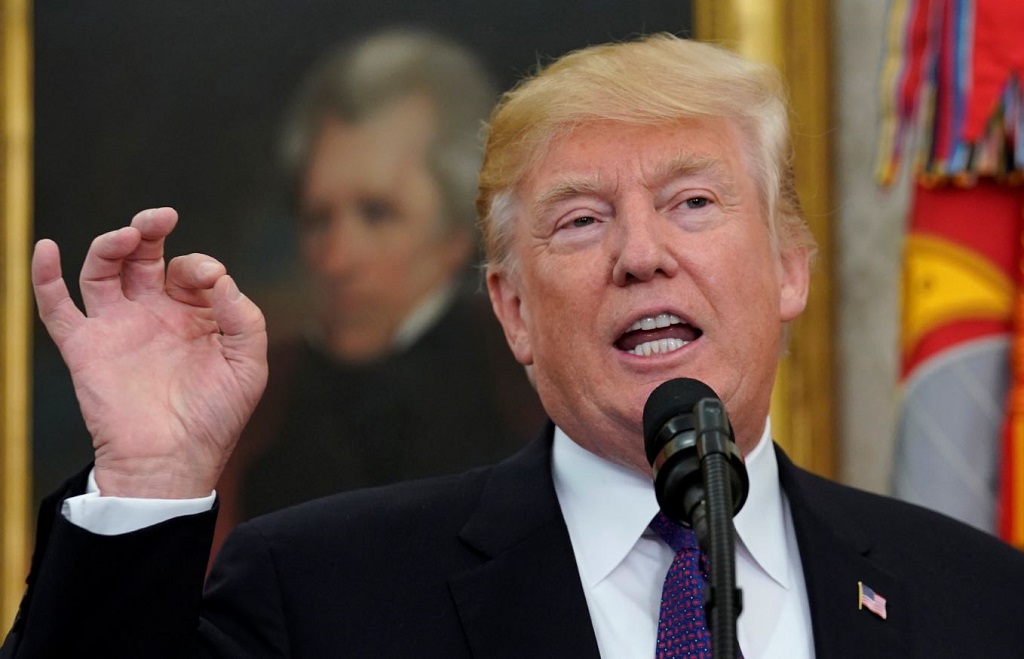 US President Donald Trump gestures as he speaks about tax legislation at the White House in Washington, US, November 27, 2017.

In a phone call, Sisi urged Trump "not to complicate the situation in the region by taking measures that jeopardise the chances of peace in the Middle East," the Egyptian leader&39;s spokesman Bassem Radi said in a statement.

This was followed by an open letter to the American president from the Moroccan king Mohammed VI expressing his "deep personal concern" and "the great concern felt by Arab and Muslim states and people" over moves to recognise the city as Israel&39;s capital and transfer the US embassy there.

The monarch was writing as head of the 57-member Organisation of Islamic Cooperation&39;s Al-Quds Committee, which lobbies on issues related to the city, holy to three of the world&39;s major religions.
"The current step is likely to negatively impact the prospects of a just and comprehensive solution to the Palestinian-Israeli conflict," the letter said.

Sisi also confirmed "Egypt&39;s consistent position on maintaining the legal status of Jerusalem within the framework of international standards and relevant United Nations resolutions", he said. The international community considers east Jerusalem illegally occupied by Israel and most countries have their embassies in the coastal city of Tel Avi

The king urged Trump to avoid anything that could "exacerbate feelings of frustration and disappointment, which are the basis of extremism and terrorism".

Trump is due to speak Wednesday on the status of Jerusalem, according to the White House.