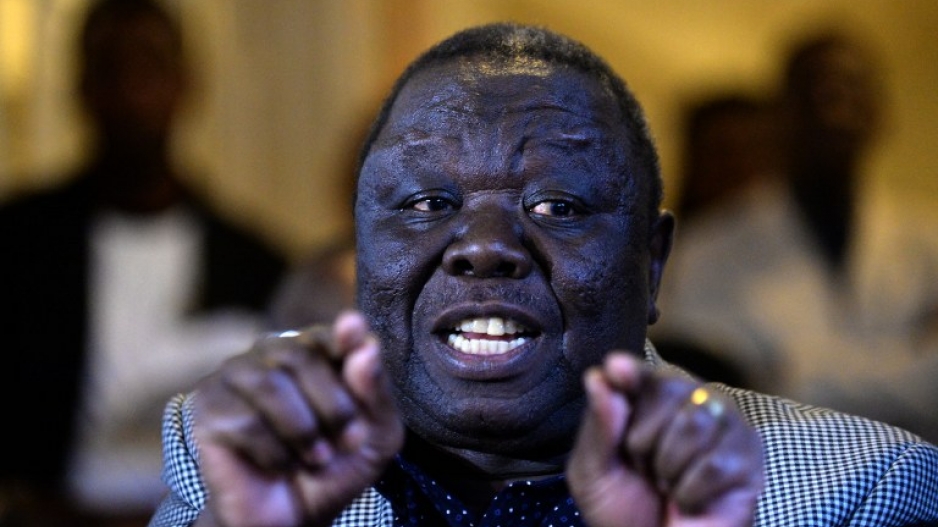 Tsvangirai&39;s Movement for Democratic Change (MDC) has not been directly involved in the surge of demonstrations, but the party hopes to benefit from the growing public criticism of Mugabe, 92.

"I want congratulate Pastor (Evan) Mawarire and other pressure groups and other ordinary citizens of this country who continue to send a loud message that the nation is now fed up," Tsvangirai told reporters.

"I totally applaud what efforts he is making, it is converging with our national efforts. I am very proud of him.

"The nation is hurting and life is tough for everyone outside the parasitic elite."

Mawarire, who was arrested and then released this week over his popular ThisFlag internet campaign, has steered clear of allying with the MDC or any political party in Zimbabwe.

Instead, he has called for national strikes to protest against state corruption and the country&39;s economic collapse that has left government struggling to pay its workers.

"President Mugabe and his government must step down or face popular protest," Tsvangirai said.

"I am giving President Mugabe an opportunity to &39;soft-land&39; this national crisis.

"He will have only himself to blame if citizens take matters in their own hands."

The MDC has been weakened by splits since Tsvangirai joined a power-sharing government with Mugabe from 2009 to 2013, but it held a large protest in Harare earlier this year.

Mugabe, who has been in power since 1980, has previously used his ruthless security forces to crack down on any public show of dissent.

Plans for further strikes this week fell flat after many civil servants were paid their delayed salaries and the government vowed a crackdown on any protests.

But Reuters reports that Zimbabwe has failed to pay the army on time for the second straight month, military sources said on Friday, underscoring the precarious financial position of Mugabe&39;s government as it faces rare popular protests.

The military is paid on the 14th of the month but soldiers and air force officers said they were still to receive their pay and had not been given an alternative date.

The delays are likely to fuel tensions in the country, which has been hit by drought, a drop in mineral prices and chronic cash shortages – all factors behind this month&39;s popular protests against Mugabe.

"The mood is sour among the rank and file. Life is tough and we are not being told by our superiors whether we will be paid this month or not," one private told Reuters.

A colonel said even senior officers were in the dark about when their pay was going to arrive. "We have not been informed of new pay dates by the ministry of finance," the colonel, who declined to be named, said.

There was no comment from Finance Minister Patrick Chinamasa, who was attending an AU summit in Rwanda with Mugabe.

Army spokesman Lieutenant Colonel Alphios Makotore could not be reached for comment. – Additional reporting by Reuters