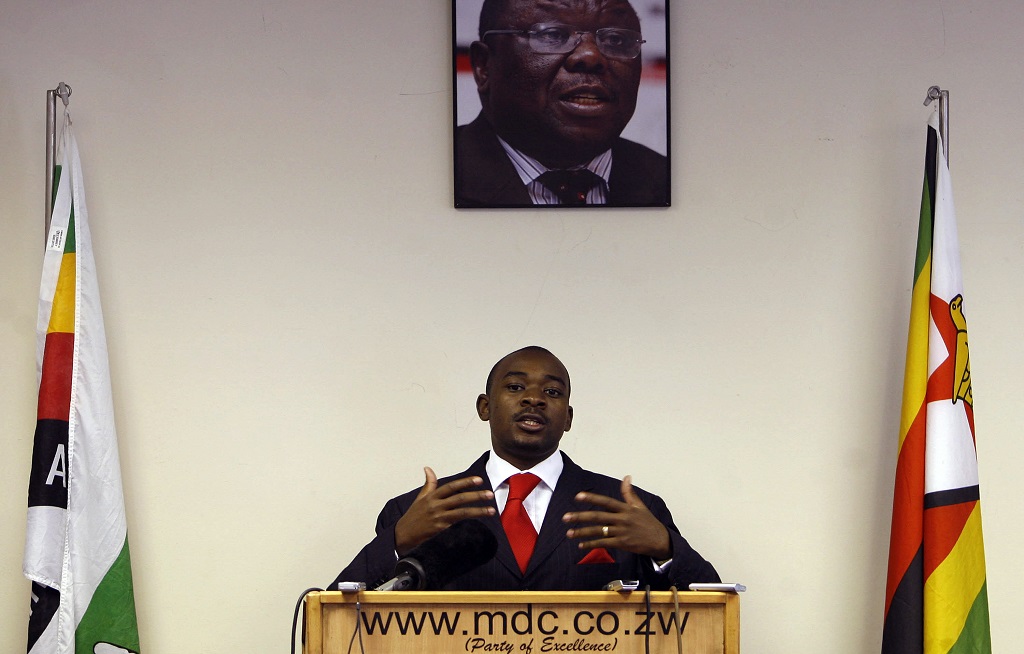 Speaking at a street rally at the party’s Harvest House headquarters in Harare in commemoration of the life of Tsvangirai, Morgan Jnr said Chamisa had moved around with his father and knew many things about him since the formation of the party, and hence, the task of leading the party had been placed on him.

“My wish, as someone [Chamisa] who used to travel around with my father, is that we unite. The struggle is not yet over. We are still in the struggle,” he said.

“Mr Chamisa, you know my father’s vision. You know my father’s legacy, which should be protected. This thing [leadership], it has been handed over to you,” Morgan Jnr said, at the same time lightly patting Chamisa shoulder as thousands of party supporters cheered.

“My brother [Chamisa], you see everyone who is gathered here. You are the one who knew what my father wished for. My father went far and wide, did many things [for this party]. Unfortunately, he did not reach Canaan. It now wants us, the youth, and the leadership of Chamisa, to reach where we are supposed to.”

This came amid a protracted struggle for the leadership of the main opposition party, with vice-presidents Chamisa, Thokozani Khupe, and Elias Mudzuri battling for control. But events at Harvest House suggest Chamisa is already in the lead, judging by the support he is getting.

At a press conference on Thursday at the party’s HQ, MDC-T acting national chairperson Morgen Komichi told journalists that the party’s national council had appointed Chamisa, who turned 40 early this month and is now eligible to run for the presidency, to act in the position for the next 12 months.

READ: Tsvangirai to get state funeral, won&39;t be buried at Heroes Acre

Before Tsvangirai left Zimbabwe for South Africa in January, where he was getting medical treatment for cancer of the colon, he appointed Chamisa MDC Alliance acting president, while Mudzuri was to act as the party’s president.

But Mudzuri left for Cape Town for an elections conference, after which Chamisa assumed acting president for the party. Since then, the opposition party has been characterised by squabbles for control, which has the majority of supporters in the MDC Alliance, a coalition of opposition parties.

Zimbabwe goes to the polls in a few months’ time, where Chamisa is expected to battle it out with President Emmerson Mnangagwa, who is also the leader of the governing Zanu PF.