Tunisians protest against return of jihadists 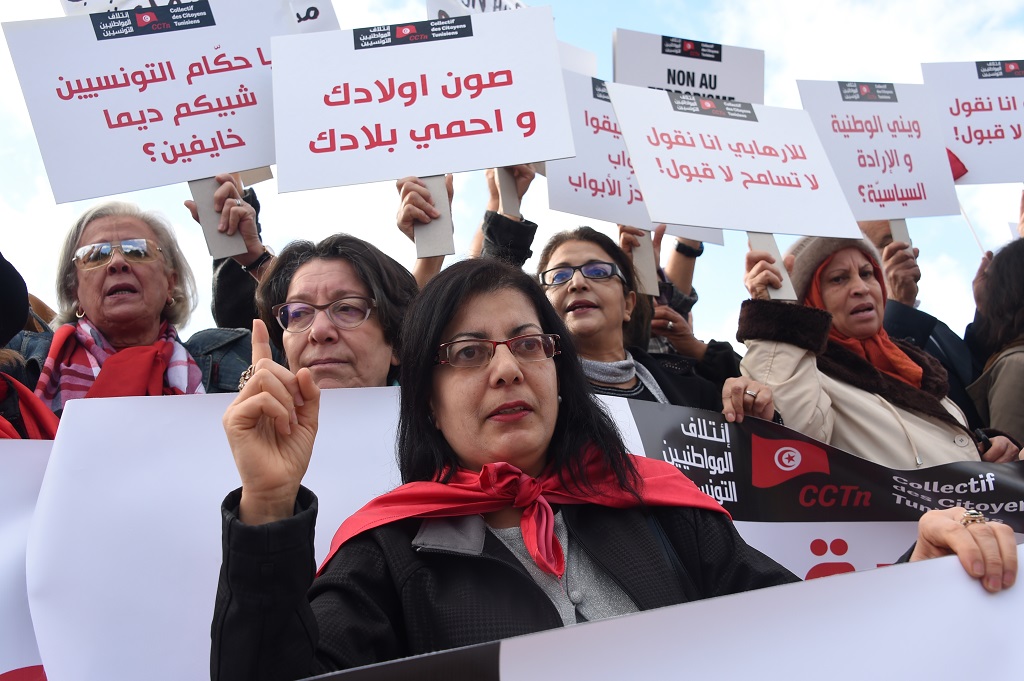 Tunisians hold placards during a demonstration outside parliament against allowing Tunisians who joined the ranks of jihadist groups to return to the country, in the capital Tunis on December 24, 2016.

TUNIS - Hundreds of people gathered outside Tunisia's parliament on Saturday to protest against jihadists who fought overseas being allowed to return to the country.

"No to freedom for terrorist groups!" protestors chanted.

Some held placards calling for "political will against terrorist groups".

It was held on the same day authorities said they had arrested three alleged jihadists connected to the suspected Berlin Christmas market attacker, Tunisian Anis Amri.

Protesters slammed Rached Ghannouchi, head of the Islamist Ennahda party, who has in the past supported the idea of allowing Tunisian jihadists who "repent" and renounce violence to return home.

President Beji Caid Essebsi said earlier this month that Tunisia would refuse to pardon Tunisians who fight for jihadist organisations.

"Many of them want to return, and we can't prevent a Tunisian from returning to his country," he told AFP, "but we will be vigilant."

Following a storm of criticism in the press and on social media, on 15 December he told Tunisian television that "we will not be indulgent with the terrorists".

More than 5,000 Tunisians are fighting for jihadist groups abroad, mainly in Iraq, Syria or neighbouring Libya, according to a UN working group on mercenaries.

On Friday evening, Interior Minister Hedi Majdoub told parliament that 800 Tunisian nationals who had fought for extremist groups abroad had returned to the country.

Since its 2011 revolution Tunisia has faced repeated jihadist attacks, killing more than 100 soldiers and policemen, as well as about 20 civilians and 59 foreign tourists, according to official figures.