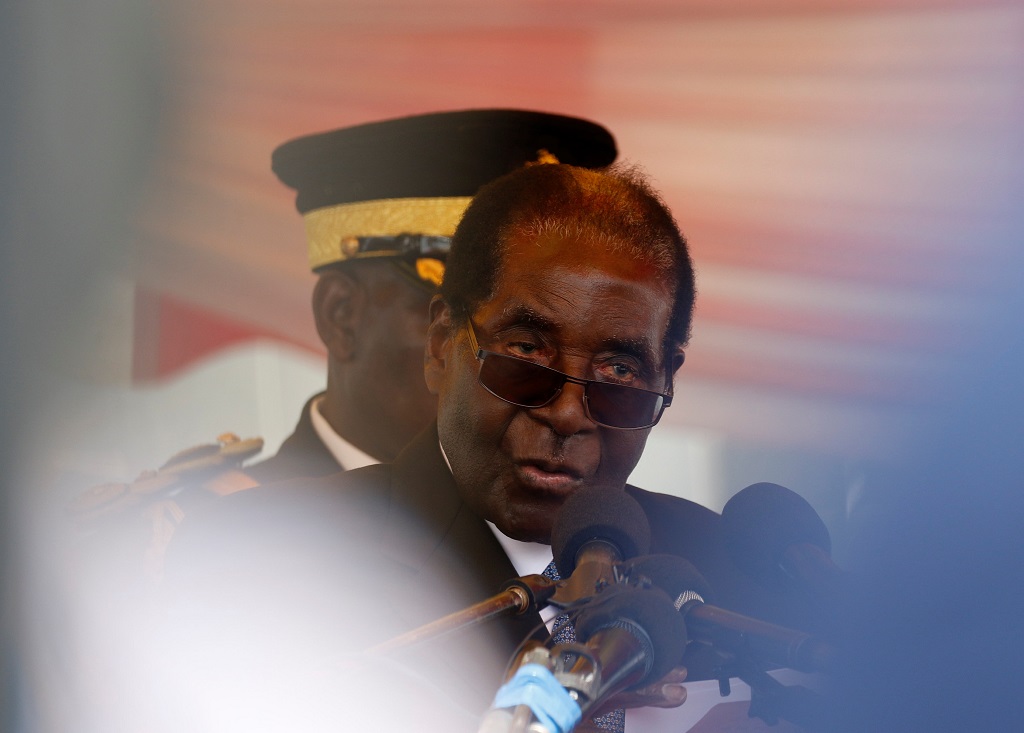 Zimbabwe's President Robert Mugabe attends the burial of National Hero Charles Utete at the Heroes Acre in Harare 19 July 2016. The president told supporters on Wednesday 27 July 2016 that he will not quit after a rebuke from war veterans.

HARARE - Zimbabwean President Robert Mugabe, who turns 93 on Tuesday, has no plans to give up power, saying he has no "acceptable" successor in place.

"The call to step down must come from my party, my party at congress, my party at central committee," Mugabe said in excerpts from a radio broadcast that will air this week and that were printed in the state-owned Sunday Mail newspaper.

READ: Malema to Mugabe: 'Grandpa, you must let go'

"But then what do you see? It's the opposite. They want me to stand for elections."

"The majority of the people feel that there is no replacement, a successor who to them is acceptable, as acceptable as I am," he added.

Mugabe, who has kept an iron grip on power since Zimbabwe declared independence in 1980, has repeatedly denied reports of health problems.