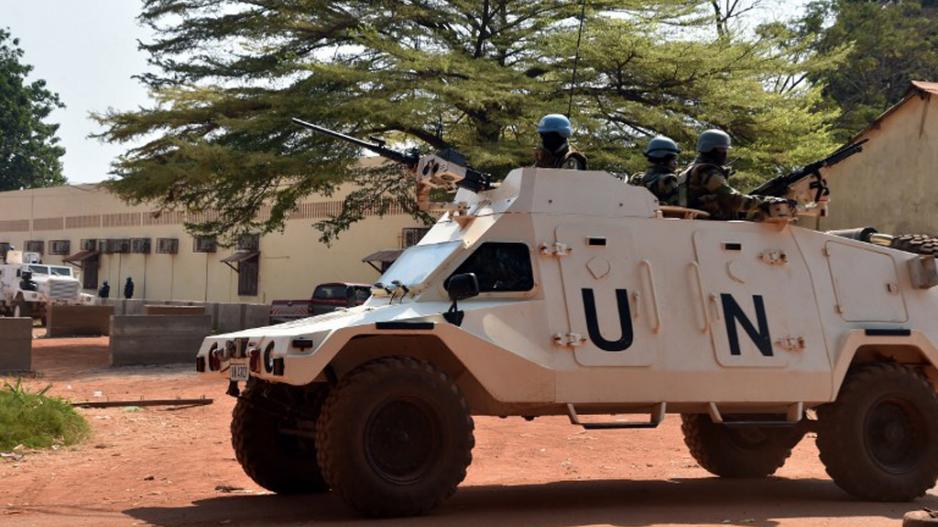 United Nations peacekeepers patrol outside a vote-counting centre for the presidential and parliamentary elections on 2 January, 2016 in Bangui.

KINSHASA - Two Congolese aid workers were killed and a third abducted by an unidentified armed group in the troubled North Kivu province of Democratic Republic of Congo, the United Nations said on Monday.

"We lost two fellow aid workers killed in the line of duty by unidentified armed people," the UN&39;s Office for the Coordination of Humanitarian Affairs (OCHA) said in a statement.

The three men were employed by the Congolese NGO Hydraulique Sans Frontieres (HYFRO), which specialises in water purification projects, when attacked on Saturday near the village of Mushikiri.

OCHA said it "strongly condemns this latest attack" and called for "the immediate and unconditional release of the person held hostage".

Aid workers "should never be targeted. This attack represents a serious violation of international humanitarian law and emergency standards," it said.

According to OCHA, security conditions are very worrying in North Kivu and represent a "major obstacle" to the work of humanitarians.

UN spokesman Farhan Haq said the situation in North Kivu was "worrying" adding that it represented a "major obstacle of the delivery of humanitarian assistance to thousands of people in need."

Kidnappings, including of foreign and Congolese personnel of humanitarian organisations, are frequent in the territories of Masisi, Lubero, Rutshuru and Walikale in the province of North Kivu.

Eastern DR Congo is torn apart by more than 20 years of armed conflict, fueled by ethnic and land disputes, competition for control of the region&39;s mineral resources, and rivalry between regional powers.