Two broadcasters shut down in Togo 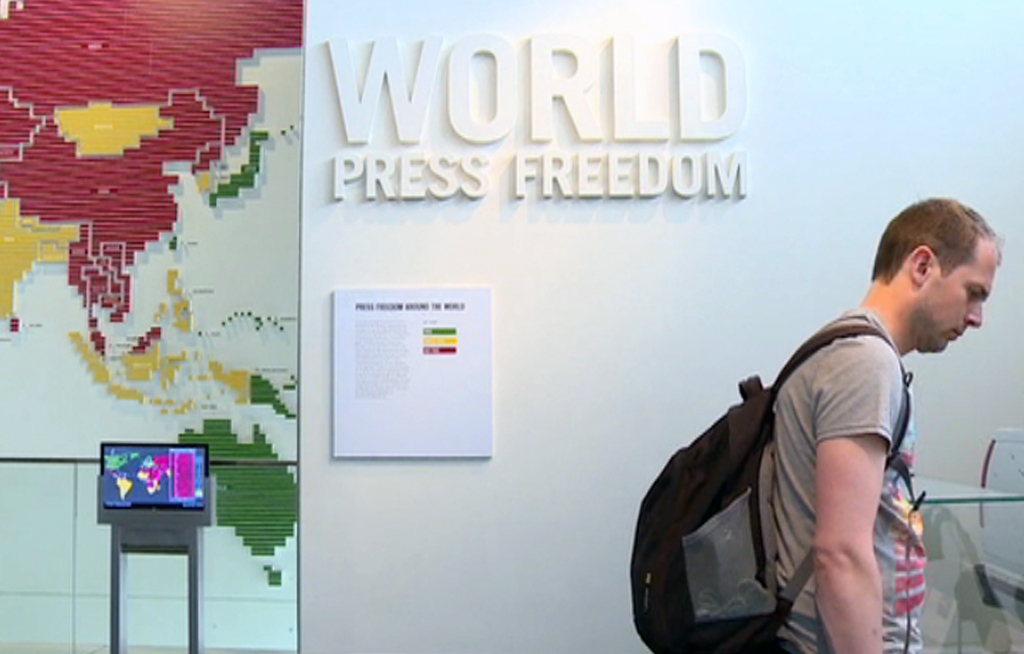 A visitor to an exhibition in Washington, United States documenting the Reporter Without Borders index of media freedom around the world on May 5, 2015.

LOME, Togo - Two private media channels have been taken off air in Togo, officially for breaching licensing rules, the country's regulator said Tuesday in a move that sparked criticism from rights groups.

Television station La Chaine du Futur and City FM radio were ordered to stop broadcasting as they had not fulfilled "the prerequisite permission formalities".

The regulator maintained the companies had infringed regulations but Amnesty International in a statement called the sanction disproportionate and "an attack against freedom of speech".

Mathias Ayena, from the regulator, told AFP that neither channel obtained the proper authorisation before they started broadcasting in 2007.

"We're simply asking those in charge of these media to make the necessary request and we will study it," he added.

But there was speculation the shut-down was because of the  reported links between the channels' parent company Sud Media to a former minister in President Faure Gnassingbe's government.

Pascal Bodjona was previously implicated in an international corruption scandal.

There was no immediate confirmation from Sud Media but its director-general, Luc Abaki, called the regulator's response "unlawful" and maintained they had followed procedures.

"We're not going to defy the authority of the regulator, which is why we have decided to suspend our programmes to give us time to make the necessary representations," he added.

According to RSF, the threat of violence, particularly during elections, sees journalists self-censor on subjects such as corruption, the military, the president and his family.

In 2013, the regulator closed Legende FM radio for "multiple misdemeanours" after it was deemed to have broadcast false information during parliamentary elections.

In neighbouring Benin, three broadcasters close to the opposition -- E-Tele, Eden TV and Radio Soleil -- were shut down late last year but have since begun programmes again.