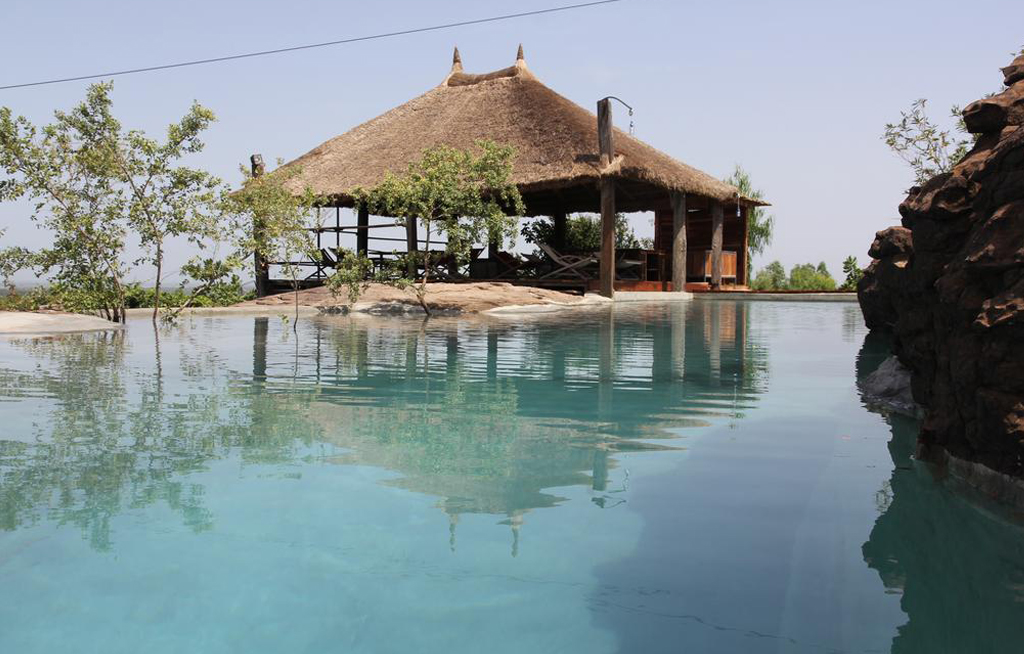 The assault on the Kangaba Le Campement resort comes after a similar strike less than two years ago on a luxury hotel in Bamako, which lies in the south of the troubled country.

Security forces battled the gunmen at the site, with nearby residents reporting hearing shots while smoke billowed into the air, with at least one building ablaze.

"It is a jihadist attack. Malian special forces intervened and about 20 hostages have been released," Security Minister Salif Traore told AFP.

"Unfortunately for the moment, there are two dead, including a Franco-Gabonese."

An official from the security ministry confirmed earlier that Malian special forces, backed up by UN soldiers and troops from a French counter-terrorism force, "have sealed off the area and are in the process of organising operations" against the attackers.

The landlocked West African country has been fighting a jihadist insurgency for several years, with Islamist fighters roaming the north and centre of Mali.

Several people rescued at Kangaba said assailants had shouted "Allahu Akbar" (God is Greatest), although no group has yet claimed responsibility.

The US embassy in Bamako had warned earlier this month "of a possible increased threat of attacks against Western diplomatic missions, places of worship, and other locations in Bamako where Westerners frequent".

In November 2015, gunmen took guests and staff hostage at the luxury Radisson Blu hotel in Bamako in a siege that left at least 20 people dead, including 14 foreigners.

That attack was claimed by Al-Qaeda's North African affiliate Al-Qaeda in the Islamic Maghreb (AQIM).

In March the same year, a grenade and gun attack on La Terrasse nightclub in Bamako killed five people, including foreigners.

The Kangaba, located on the eastern edge of Bamako, boasts accommodation in hut-style rooms, as well as restaurants and swimming pools, according to its website.

A state of emergency has been renewed several times since the Radisson Blu attack, most recently in April when it was extended for six months, but attacks are continuing.

In 2012 Mali's north fell under the control of jihadist groups linked to Al-Qaeda who hijacked an ethnic Tuareg-led rebel uprising, though the Islamists were largely ousted by a French-led military operation in January 2013.

But jihadists have continued to mount numerous attacks on civilians and the army, as well as on French and UN forces still stationed there.

The unrest has continued despite a 2015 peace deal between the government and Tuareg-led rebels offering partial autonomy to the north.

Sunday's attack is the latest in a series of high-profile assaults in the north and west Africa, targeting locals and tourists.

In January 2016, 30 people were killed, including many foreigners, in an attack on a top Burkina Faso hotel and a nearby restaurant in the capital Ouagadougou. AQIM claimed the assault, saying the gunmen were from the Al-Murabitoun group of Algerian extremist Mokhtar Belmokhtar.

In March 2016, at least 14 civilians and two special forces troops were killed when gunmen stormed the Ivorian beach resort of Grand-Bassam, which was also claimed by AQIM.

The United Nations has a 12,000-strong force in Mali known as MINUSMA, which began operations in 2013.

It has been targeted constantly by jihadists, with dozens of peacekeepers killed, including five on Saturday.

France also has 4,000 soldiers in its Bakhane force in five countries -- Mali, Mauritania, Niger, Chad and Burkina Faso -- all of which are threatened by the jihadist threat across their porous borders.