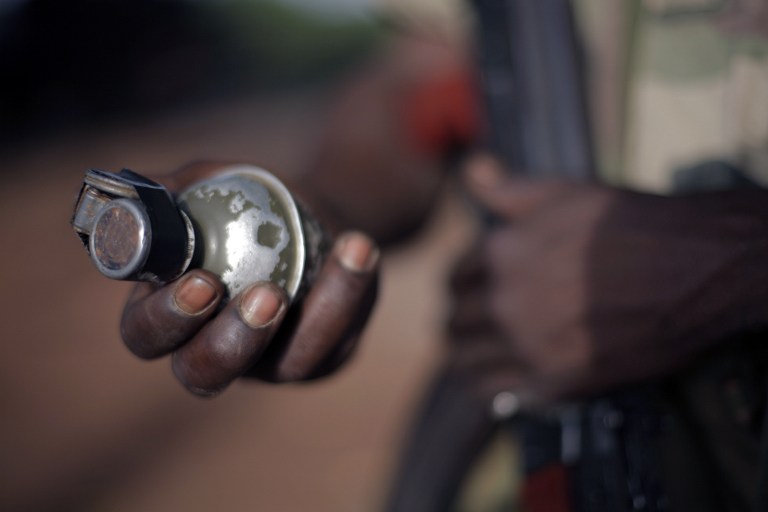 A MISCA soldier shows a grenade sized during a search on a man at a check point on the road to Cameroun (RN1) on March 4, 2014 in Bouali.

ABUJA - Two Nigerian soldiers were killed accidentally in an explosion in the central Plateau state on Saturday as they transported ammunition meant to be destroyed, a military spokesman said.

"Some of the unserviceable ammunition exploded in the process of moving them to the demolition site in the bush," Colonel Sani Usman said on Facebook.

"Unfortunately, two soldiers lost their lives and one sustained injuries."

Nigeria&39;s military has been fighting a six-year insurgency by Islamist group Boko Haram which has killed thousands and kidnapped hundreds in a battle to establish a caliphate.

With help from armies in Chad, Niger and Cameroon, Africa&39;s largest economy has sought to crush the group in the past two months, pushing them into their last known stronghold in Nigeria&39;s Sambisa Forest.