Uganda cracks down on opposition ahead of Museveni inauguration 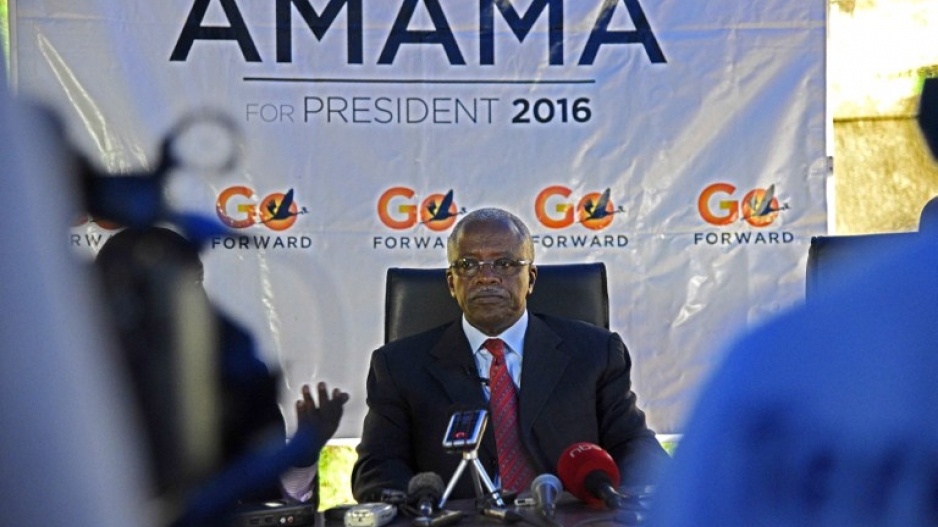 Former Ugandan prime minister and presidential candidate Amama Mbabazi addresses the media at his offices in Kampala on March 9, 2016, after a break-in at two offices of lawyers representing him.

KAMPALA – Ugandan police have arrested more opposition leaders, after placing others under house arrest, fearing political unrest ahead of Thursday’s inauguration of President Yoweri Museveni for his fifth term in office.

Several items, including a laptop were confiscated by police detectives Musa Walugembe and Albert Muhumuza, who manned the search.

“As a police officer, I have the mandate to move in when an offence is about to be committed. We suspected there were seditious materials in the FDC offices and we picked some of them up,” said Kaggwa.

The Kampala homes of FDC spokesperson Ibrahim Ssemujju Nganda, and Wafula Oguttu, the Leader of the Opposition in Parliament, were also surrounded by heavily armed policemen.

Police threatened to beat up journalists after preventing them from entering the homes to speak to the opposition activists.

The police further confirmed the arrest of outspoken FDC secretary for mobilisation Ingrid Turinawe after security operatives arrested her on Sunday at Gayaza Trading Centre, accusing her of “several crimes”.

They had initially denied any knowledge of her whereabouts.

The FDC under Besigye has been carrying out a campaign of defiance against February’s presidential elections, alleging they were rigged. In response Museveni warned against any civil disobedience and threatened a massive crackdown.

More than 150 Opposition supporters and officials are either in detention or missing, according to FDC officials since the party called for countrywide protests ahead of the May 12 presidential inauguration.