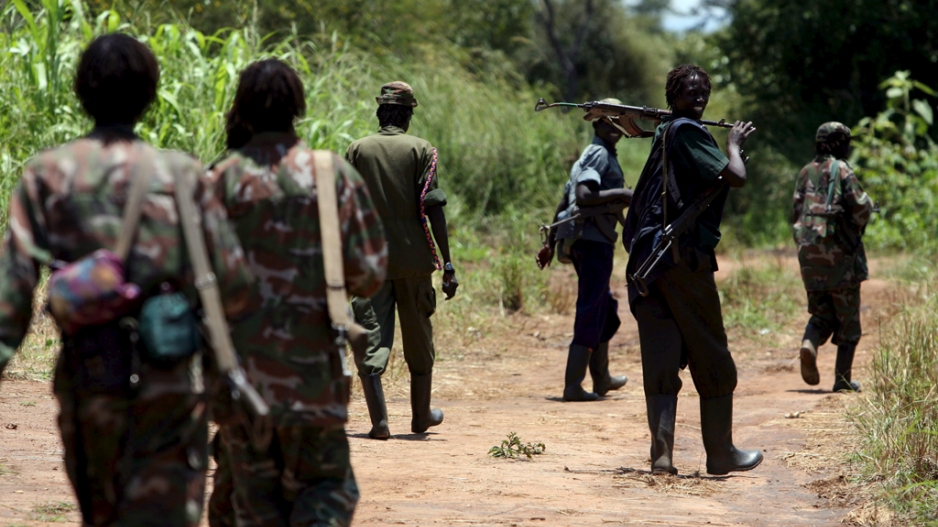 FILE. Rebels from the Lord's Resistance Army (LRA) on their way to an LRA camp set up in Owinykibul in Sudan Tuesday, 19 September, 2006.

KAMPALA - Uganda's army on Wednesday hailed the surrender of a senior commander of the Lord's Resistance Army who was in charge of communication for leader Joseph Kony.

Major Michael Omona returned to his hometown of Gulu in northern Uganda on Monday, 23 years after he was kidnapped by the feared LRA. He handed himself over to US troops in the Central African Republic last month, said army spokesman Richard Karemire.

"This surrender is an indication that our psychological operation of dropping leaflets calling on the rebels to renounce banditry and come out of hiding is effective. It shows we (the military) are winning".

Omona, 35, was kidnapped by the LRA at age 12, rising through the ranks to become the rebel group's top radio operator, personally in charge of Kony's communication.

A self-styled mystic and prophet, Kony launched a bloody rebellion three decades ago seeking to impose his own version of the Ten Commandments on northern Uganda.

Over 12,000 ex-LRA fighters -- mainly foot soldiers who were themselves abducted by the gunmen -- have been pardoned under a government amnesty designed to encourage those still in the bush to surrender.

The US military said last week they were wrapping up operations against Kony, estimating that only about 100 members of the once-dreaded rebel group remained.

Kony is wanted by the International Criminal Court for crimes against humanity.

One of his top lieutenants, child soldier-turned-warlord Dominic Ongwen, surrendered in January 2015 and is the first member of the group to go on trial at the ICC.