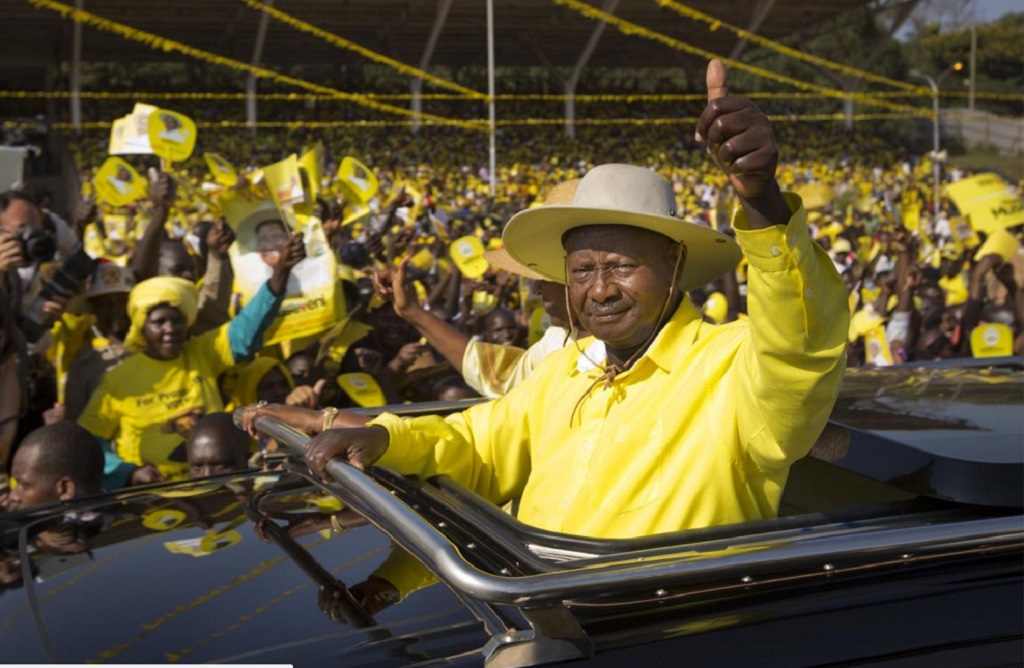 In this Tuesday, 16 February 2016 file photo, Uganda's long-time President Yoweri Museveni waves to supporters from the sunroof of his vehicle as he arrives for an election rally at Kololo Airstrip in Kampala, Uganda.

The ruling party caucus decided to throw out a clause that puts the upper age limit at 75, said Chris Obore, a spokesman for Uganda’s parliament. The issue is not yet on parliament’s agenda, he said.

Museveni, who is 73 and ineligible to run again if the age limit remains, recently ducked the question when asked whether he wants more time in office, insisting the matter is not so important.

Museveni’s party has an overwhelming majority in the national assembly, and a bill to remove the age limit is expected to pass when the procedural process starts. It’s not clear when that process would start.

Museveni has led the East African country since 1986 when he took power by force following a bush war. Some critics have long accused him of wanting to rule for life in a nation that has been an ally of the United States on regional security.

Although he warned in the past that Africa’s problem was leaders “who want to overstay in power,” he since said he was speaking about leaders who are not elected.

Museveni was re-elected last year in a poll marred by allegations of vote fraud. The next election is in 2021.

“The president really wants to remain around ’til he dies,” said Ladislaus Rwakafuuzi, an attorney and political analyst in Uganda. “Certainly the opposition will put up a fight, but whether or not it will be successful is another thing.”

Some opposition figures said they will stage street protests against any attempt to amend the constitution.