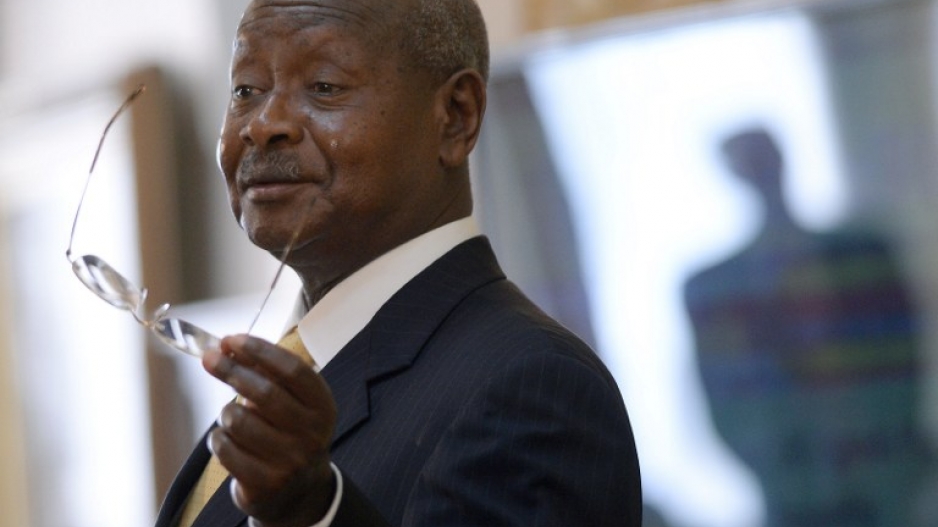 KAMPALA - Ugandan political candidates raised fears on Saturday of violence ahead of presidential polls next month, with accusations of police brutality and claims opposition groups are organising militia forces.

Museveni, in power since 1986, will face his stiffest opposition from Kizza Besigye, a three-time loser for the Forum for Democratic Change (FDC), and Amama Mbabazi, a former prime minister and ruling party stalwart now leading the Go-Forward party.

All sides are accusing each other of arming militias to press their claim to political power.

"We are following up reports that a small group of the radical opposition are talking and planning violent actions during and after the election," Prime Minister Ruhakana Rugunda warned this week.

"Government has established that some of these groups, under the guise of training agents to protect their votes, are raising semi-militia groups," he said.

"These groups, we have learnt, are being prepared to incite provocation and violent confrontations, starting on polling day until the swearing ceremony in case they lose the elections."

But opposition leaders have dismissed the claims, and in turn accused security forces of backing the ruling National Resistance Movement (NRM) to harass Museveni&39;s rivals.

"The trend of violence has left us worried," Kizza Besigye told AFP, calling on Museveni to "stop using police and other state apparatus to intimidate, harass, arrest our supporters."

"We have seen acts of violence wherever we have been. Police has used teargas and live bullets to stop our rallies," ex-prime minister Mbabazi told AFP.

"We ask President Museveni to stop these acts. If he does not act, then people will be forced to rise up and who knows what comes out. We have seen such situations elsewhere turning violent and Uganda is no exception."

Police have recruited around a million civilians as "crime preventers", police chief Kale Kayihura said, describing them as "part of the police effort to enforce community policing."

Opposition politicians however say the teams are partisan and back the ruling NRM.

All eight candidates are due to hold a live televised debate on January 15.