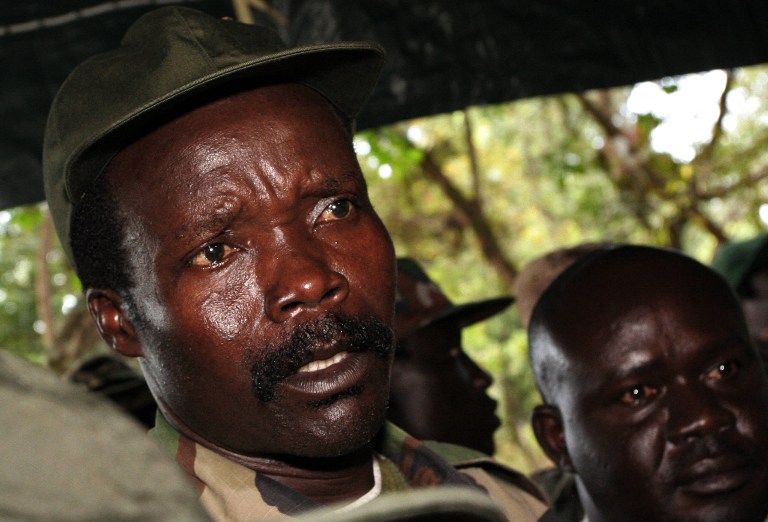 File: 12 November 2006. Leader of the Lord's Resistance Army (LRA) Joseph Kony in southern Sudan. The US has offered a $5 million reward for information on his whereabouts.

Tens of thousands of people were killed and nearly two million displaced in the fight in northern Uganda between the rebels and security forces, before rebel chief Joseph Kony and key fighters shifted into neighbouring nations around 2005.

"Information has been coming up that some officers may have committed crimes, but these cases were never reported to the government," presidential spokesman Tamale Mirundi said.

"But now that they are being reported he (President Museveni) has directed an inquiry."

The rebels earned a grim reputation for rape, murder, kidnap and torture of victims -- including slicing off people&39;s lips and hacking off hands -- but the army has also been accused of rights violations, which it has in the past denied.

Ugandan military spokesman Paddy Ankunda said the probe was welcome and that the army would cooperate.

"We are ready to cooperate with all those, including the International Criminal Court, in the investigations against our officers who allegedly committed crimes in northern Uganda," Ankunda said.

"Any investigations aimed at attaining the truth are welcomed," he said, adding that "once there is evidence of atrocities committed by any member of the military, then the culprits will be dealt with in accordance with the law."

Uganda troops continue to hunt LRA rebels, whose top chiefs are wanted by the Hague-based International Criminal Court (ICC) for leading a grim campaign of mutilation and killings, kidnapping boys to serve as child soldiers and girls as sex slaves.

The LRA is a militant outfit whose doctrine mixes African mysticism with Christian extremism. In recent years it has been forced out of Uganda, and Kony is believed to be hiding with a core of fighters in the remote jungles of Central African Republic, northeast Democratic Republic of Congo, or South Sudan.

Washington this week said it was sending more elite commandos and aircraft to support the hunt.