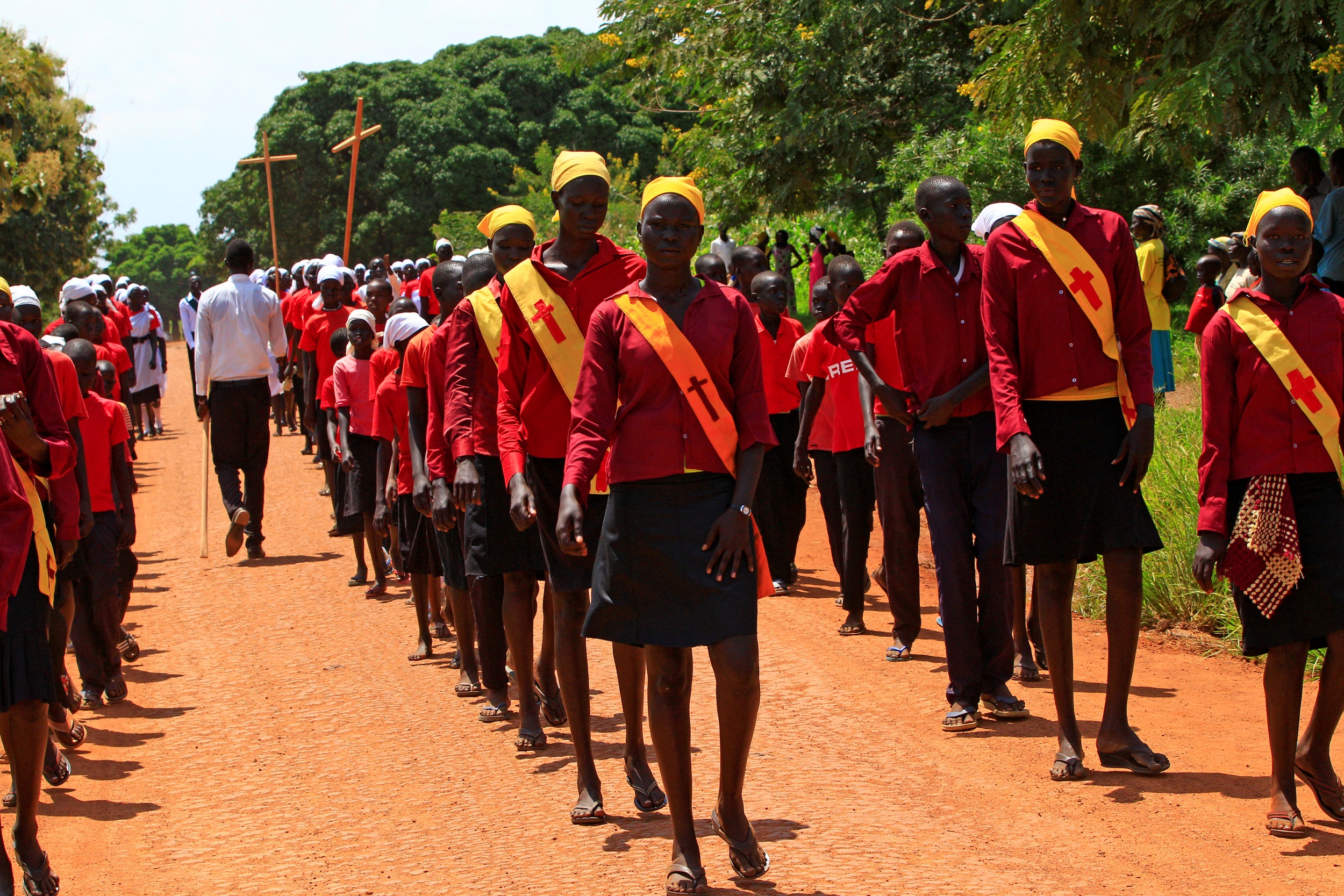 BUSIA, Uganda - The number of South Sudanese refugees in Uganda hit one million on Thursday, the United Nations (UN) said, as hundreds of desperate families pour across the border every day seeking a haven from the civil war.

The conflict in South Sudan has created Africa's biggest refugee crisis since the 1994 Rwandan genocide, and UN agencies are receiving a fraction of the cash they need to provide food and shelter.

But the crowds keep flowing across rickety wooden bridges near the north-western Ugandan border town of Busia, staggering under the weight of babies and a few pots or bundles of clothing balanced on their heads.

Women and children make up more than 85 percent of the arrivals.

"Two weeks ago my husband's uncle was killed," said Stella Taji, as she trudged barefoot over the bridge, a toddler clinging to her hand. "Since then we've been hiding in the bush. We have nothing."

Oil-rich South Sudan became the world's youngest nation in 2011, upon its independence from neighbouring Sudan, but the elation soon evaporated amid corruption and ethnic divisions.

Troops loyal to President Salva Kiir, a Dinka, and forces under former vice president Riek Machar, from the Nuer ethnic group, have battled each other since late 2013, killing tens of thousands and forcing nearly a third of the population of 12 million to flee their homes.

The trickle of refugees into Uganda swelled into a river last year after a shaky Western-backed peace deal between Kiir and Machar collapsed within months.

The conflict has further fragmented since, breeding a patchwork of militias and briefly plunging parts of the country into famine this year.

No one knows how many have died, but an August report by South Africa-based South Sudan Human Rights Observatory said 987 civilians were killed in violence across South Sudan between May and July, mostly by government forces.

"They are slaughtering people with knives," said Samuel Amule, who trekked for two days to the border to escape government attacks. "They say, 'If you are staying here, you are a rebel.'"

The UN said homes have been burned with families locked inside, gang rapes are common and boys are often kidnapped to be child soldiers. Gunmen, including South Sudanese rebels, rob those trying to escape.

In Uganda, South Sudanese refugees receive hot meals, vaccinations, and plots of land. All can enter and they are free to travel and work in Uganda, policies that have drawn praise from aid groups.

"The government response to accepting the South Sudanese refugees has been overwhelmingly positive, progressive, and welcoming," said Sacha Manov, deputy director in Uganda for the International Rescue Committee, which provides health and protection services for refugees.

But refugee agency UNHCR said Uganda was struggling to provide food and shelter.

Donor nations have not given enough, with the UN agency having received just about 21 percent of the $674-million (R8.8-billion) needed for South Sudanese refugees in Uganda in 2017, its spokesman, Charlie Yaxley, said.

"That's leaving significant gaps in the abilities of the humanitarian response to deliver lifesaving assistance and also key basic services," he added.

In Amugo camp, new arrivals sleep under loose white tarpaulins as they lack the tools to build proper shelters. Latrines are unfinished, forcing refugees to use nearby forests as toilets.

In May, a cash crunch forced the UN to slash food rations in half, to 6kg of maize. They have since been restored but funding remains tenuous.

There is no end in sight to the conflict; international peacemaking efforts have stalled, said South Sudan analyst Alan Boswell. The United States, which played a key role previous negotiations, has not yet appointed a top official for Africa.

"It's been two years since the last serious political process," said Boswell. "There is none on the horizon."