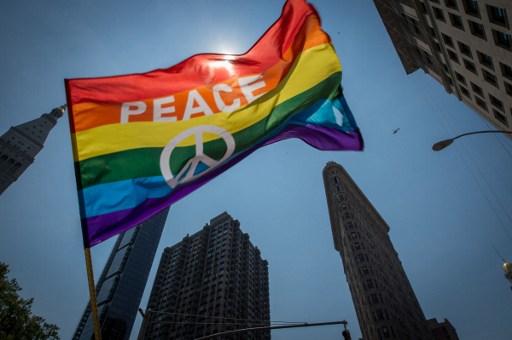 A participant waves a flag near the Flatiron Building during the 46th annual Gay Pride march in New York.

KAMPALA - A Ugandan gay pride parade planned for the weekend was on Friday postponed after a government minister in the notoriously homophobic country was accused of saying mob attacks on participants would be their own fault.

Lawyer Nicholas Opiyo told AFP that minister of ethics and integrity Simon Lokodo told him ordinary citizens would be "mobilised to defend the moral values of Uganda" and that "if participants were to be beaten by a mob" they would have "brought it upon themselves".

The minister allegedly added that police would arrest anyone attending the parade, Opiyo said.

Organisers said they had postponed the event following the apparent threat, reportedly made at a meeting between the organisers&39; lawyer and a police representative.

"As the committee, we have agreed that all the remaining events of the pride week be postponed as we await a positive outcome from the already going negotiations," the organisers said in a statement.

"We will be communicating the new dates as soon as the negotiations are completed," the statement added.

Pressure group Human Rights Watch (HRW) last year wrote to the pope ahead of a visit to Uganda urging him to "raise a number of human rights issues", among them gay rights.