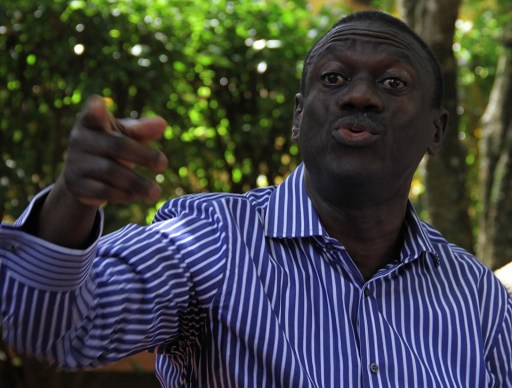 Ugandas Opposition leader Kizza Besigye was arrested Tuesday during protests ahead of a council vote expected this week on Lukwago's suspension for abuse of office.

KAMPALA - Ugandan opposition leader Kizza Besigye on Wednesday criticised tough new anti-gay laws, saying that homosexuality was not "foreign" and that the issue was being used to divert attention from domestic problems.

On Monday, President Yoweri Museveni signed a bill into law which holds that "repeat homosexuals" should be jailed for life, outlaws the promotion of homosexuality and requires people to denounce gays.

"Homosexuality is as Ugandan as any other behaviour, it has nothing to do with the foreigners," said Besigye, who instead criticised foreign Christian evangelical groups for their "very rigorous activity" against gays.

Besigye, who in recent years has been regularly blocked from holding rallies in public, is one of the first Ugandans who is not from the gay-rights community to criticise the law openly.

"Homosexuality has been documented in Uganda long before any foreign interference with our country," he said.

The passing of the bills was largely a popular move in Uganda, where Museveni -- in power for 28 years -- faces reelection in 2016.

Besigye accused the government of having "ulterior motives" and using the issue to divert attention from other issues, including Uganda&39;s military backing of neighbouring South Sudan&39;s government against rebel forces.

"Whenever there are some controversial issues in the country, it is brought up and everybody talks about homosexuality," he added, also noting "scandals of corruption".

Diplomats and rights groups had pushed Museveni -- already under fire from key Western donors over alleged rampant graft and for stifling opposition groups and media -- to block the legislation.

Some donors were quick to punish Kampala by freezing or redirecting aid money, while Sweden&39;s Finance Minister Anders Borg, who visited the country on Tuesday, said the law "presents an economic risk for Uganda".

But Besigye accused them of double standards, saying that their cutting of aid over gay rights alone was "misguided".

"They should have cut aid a long time ago because of more fundamental rights," he added.

"The right to life is violated left and right with impunity and they are mum."