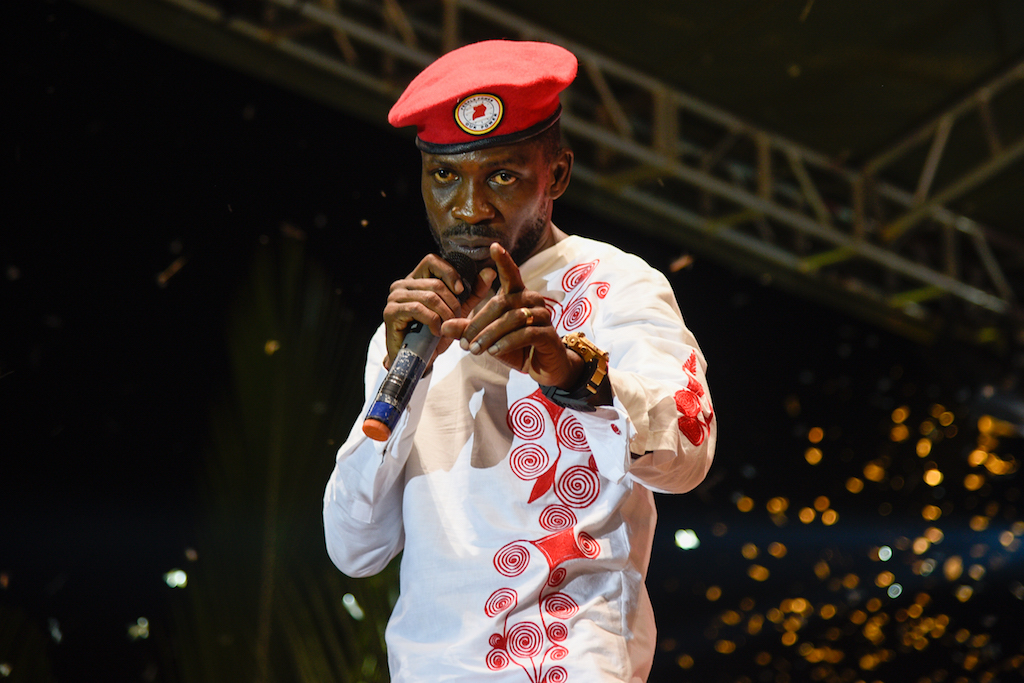 KAMPALA - Ugandan police detained pop star-turned-MP Bobi Wine on Monday after shutting down one of his concerts and firing tear gas at his fans, the singer's wife and supporters said.

The local music sensation and high-profile government critic was pulled from his car by baton-wielding police as he tried to make his way to the concert venue in southern Kampala.

The much-anticipated show at his private club on the shores of Lake Victoria was cancelled Sunday by police, who cited safety concerns and sealed off roads to the venue.

Wine tried to reach the location Monday but clashes broke out as his supporters threw stones and police responded with tear gas and water cannon.

Concert promoter and Wine supporter Moses Mugwanya told AFP that the singer was taken away with other political opposition figures.

"Police have broken into the car he was in and forcefully removed him, and put him in a police van and have driven him away," he said.

"Everyone around the vehicle is soaked in tear gas and we are suffocating."

Wine's wife Barbie Itungo Kyagulanyi said she had contacted her lawyers to find out where her husband was taken.

Wine was arrested in Busabala, where he was to address the media on the cancellation of his concert by the police," she told AFP, referring to a Kampala suburb.

Ugandan police spokesman Fred Enanga confirmed that officers "engaged him earlier and drove him away from Busabala" but would not say if Wine was formally arrested.

The singer had earlier encouraged his supporters to "stand firm" despite the violence.

The popular singer, who entered parliament in 2017 and has emerged as a leading critic of President Yoweri Museveni, has struck a chord with young Ugandans with his songs about social justice. Authorities have repeatedly blocked him from performing publicly.

One of Wine's songs contains the lyric "freedom fighters become dictators," while others hint that Museveni has stayed in power too long.

The 74-year-old leader has ruled Uganda since seizing power at the head of a rebel army in 1986 but intends to contest a sixth term in office.

The country's Supreme Court last week upheld a decision to remove an age cap of 75 for presidential contenders, paving the way for Museveni to run again in 2021.

Wine, whose real name is Robert Kyagulanyi, spearheaded protests against the removal of presidential age caps and has signalled he is seriously considering running against Museveni.

The 36-year-old was charged with treason in August last year along with more than 30 opposition politicians over the alleged stoning of Museveni's convoy after a campaign rally in the north-western town of Arua.

Wine accused the security forces of torturing and beating him while in custody and later received medical treatment in the United States for the injuries he said he received.

The authorities have denied the allegations.