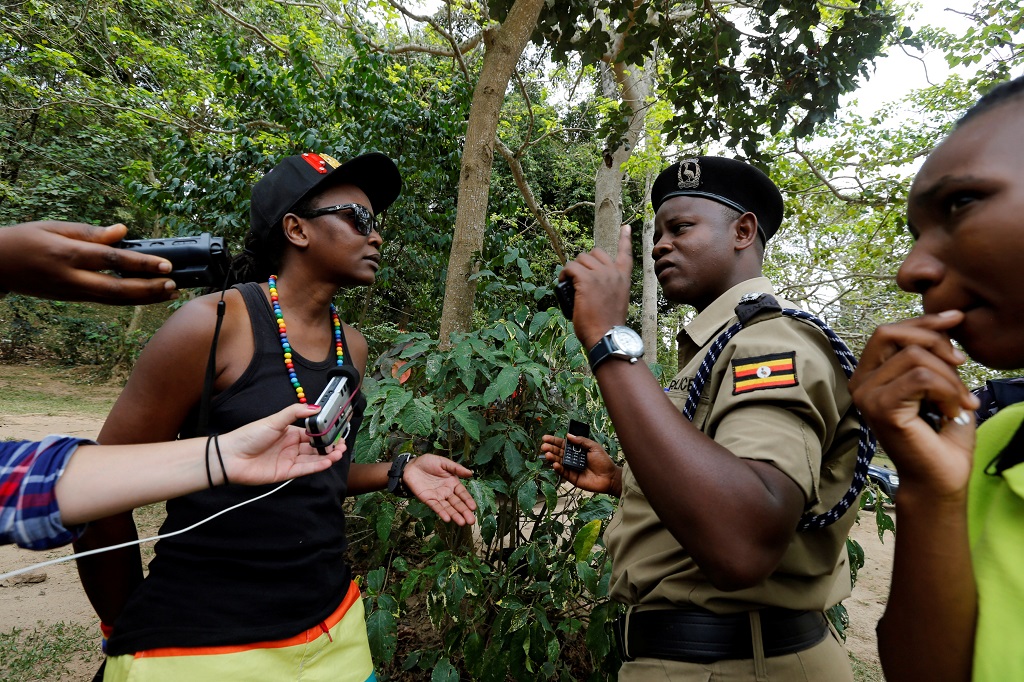 Uganda police officers question a member of Uganda's LGBT community during their pride parade in Entebbe near capital Kampala, before police asked LGBT members to abandon their gathering September 24, 2016.

ENTEBBE, UGANDA - Ugandan police on Saturday stopped activists from holding a gay pride parade, with authorities threatening to arrest the organisers of the event saying such gatherings were illegal under Uganda&39;s penal code.

On Saturday armed policemen blocked over 100 LGBT people from staging the annual event at two separate locations outside the Ugandan capital, Kampala.

Most of the people who went to the event were ordered into the vehicles and driven to Kampala for questioning but were later set free without any charges.

In August police raided a night club where a gay pride event was underway and arrested at least 15 people, accusing them of staging an illegal gathering and promoting homosexuality.

In 2009, a Ugandan lawmaker introduced a bill that prescribed the death penalty for some homosexual acts, saying he wanted to protect Ugandan children. The proposed bill prompted international condemnation. A less severe version of the bill passed by lawmakers was rejected by a Ugandan court as unconstitutional.