UN concerned over shut down of Kenya refugee camp 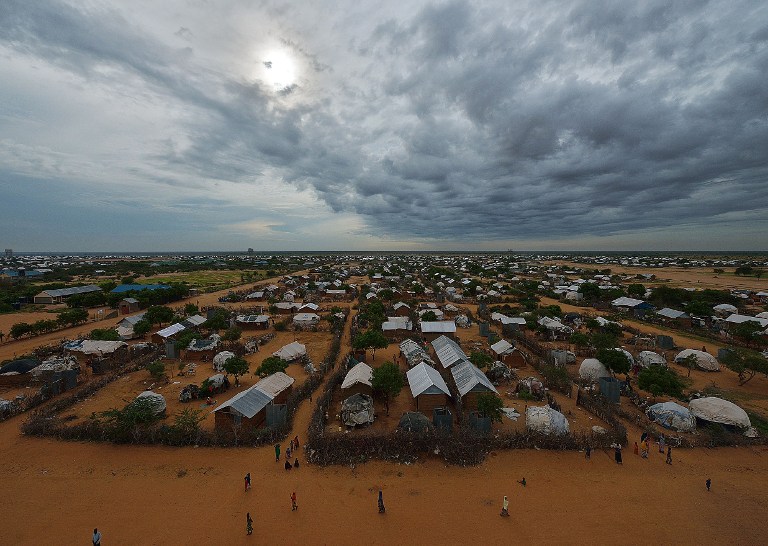 Kenya is to send Somali refugees in the world's largest camp back to their war-torn country or third nations by November.

NAIROBI - Kenya is to send Somali refugees in the world&39;s largest camp back to their war-torn country or third nations by November, the interior minister said.

The sprawling Dadaab camp on the Kenya-Somalia border hosts some 350,000 refugees, the vast majority of whom fled Somalia&39;s more than two-decade long conflict.

Kenya said earlier this month it would shut down the camp, and set up a team to explore how it could be achieved.

"I want to inform the world that the decision to close Dadaab camp is final," Interior Minister Joseph Ole Nkaissery said after receiving the team&39;s report.

"We hope to close the camp latest by November this year."

Nkaissery said the report would be shared with the UN refugee agency, UNHCR.

"On our side, we will prepare security and ensure it is done in the most humane way," he added, noting the report was "very clear on the timelines" to ensure refugees left.

"But this is a UNHCR exercise, we are just there to help them to get the refugees back."

The UN High Commissioner for Refugees  is calling on the Kenyan government to reconsider its decision.

“We took note of the announcement and we continue to work with the government," said UNHCR spokesman Andreas Needham.

"But of course we also call on the government to reconsider its decision.

"Any movement or return of the Somalis back to Somalia have to be done in a humane, dignified and safe manner. In line with our international protocols.”

Charities and the UN have voiced dismay at the closure plan, while rights groups have warned that forcibly repatriating refugees would break international law.

Experts had cast doubt on whether a move to close the camp would be legal.

"It would cause a huge humanitarian crisis, plus sending Somali refugees back would mean violating international conventions," Anne Hammerstad of the School of Politics and International Relations at the University of Kent in England and an expert on refugee issues told AFP earlier this month.

Nairobi has also bemoaned the high cost of maintaining Dadaab, even though the international community, via the UN refugee agency (UNHCR), covers most costs.

Earlier this month, the UNHCR voiced "profound concern" over any move to shut Dadaab, while hailing Kenya’s "extraordinary role over the years in hosting refugees." The country is currently home to some 600,000 refugees.

Victor Nyamori, Amnesty International&39;s refugee affairs officer in Kenya, said earlier this month that he was "totally opposed" to the closure but agreed that "in a sense, we agree with Kenya, the international community does not do its part".

Kenya&39;s plan to close the camp was revealed ahead of an international humanitarian summit in Istanbul, as well as before a visit to Kenya by the head of the UN refugee agency and the expiry in September of a 2013 deal on Somali refugees between Nairobi, Mogadishu and the UNHCR.

Analysts said it was a means for Kenya to put the issue back on the international agenda at a time when attention is focused on the migrant crisis in Europe.