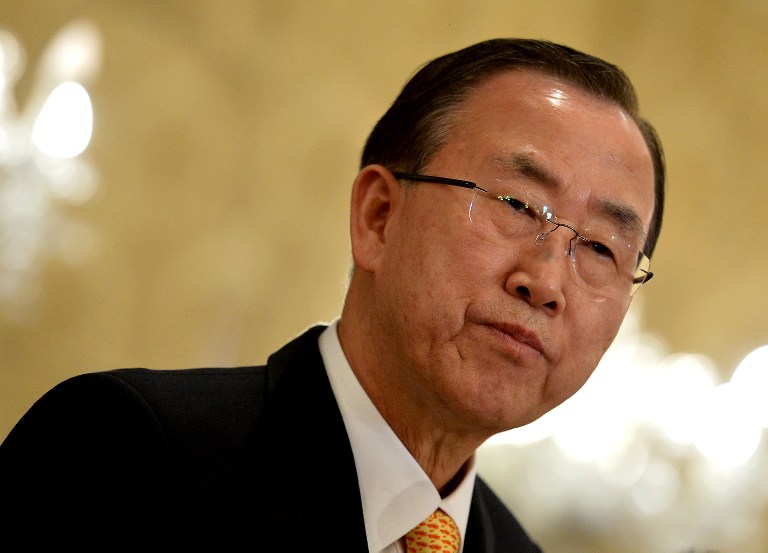 UN Secretary General Ban Ki-moon reacts during a press conference on April 9, 2013 at a hotel in Rome

JOHANNESBURG – UN Secretary-General Ban Ki-moon has condemned the killing of a peacekeeper from South Africa deployed with the United Nations Stabilisation Mission in the Democratic Republic of the Congo (MONUSCO) in North Kivu on Monday.

READ: One SANDF member killled, two others injured in DRC

In a statement on Tuesday the UN secretary-general called on the “authorities of the Democratic Republic of the Congo (DRC) to ensure that this attack is investigated and its perpetrators are brought to justice". He underlined, once again, that attacks against UN peacekeepers are unacceptable.

The peacekeeper was killed in Butembo during an exchange of fire with suspected combatants of a Mayi Mayi armed group. Two other peacekeepers from South Africa were injured, the statement added.

MONUSCO said a member of the National Police was also killed.

Maman S Sidikou, the special representative of the secretary-general and head of MONUSCO, also strongly condemned the “militia attack”.

“Underlining that attacks against peacekeepers are considered a war crime and that perpetrators will be held accountable, Sidikou reaffirmed that this heinous attack would not undermine the commitment and determination of MONUSCO to fulfill its protection of civilians and neutralisation of armed groups mandate,” said the mission in a statement.

Ban and Sidikou expressed their deepest condolences to the families of the deceased as well as to the governments of DRC and South Africa. They wished the injured a quick recovery.