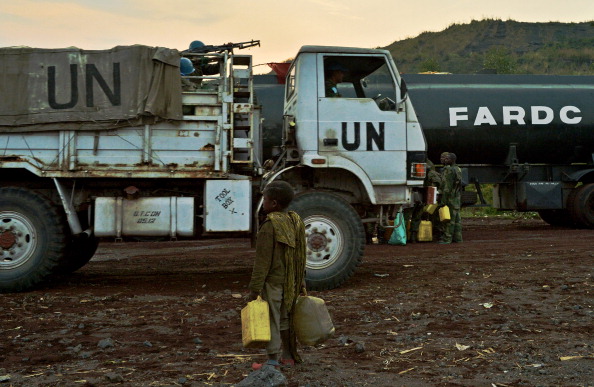 KINSHASA - The UN on Monday criticised a decision by a Congolese military tribunal not to prosecute seven Democratic Republic of Congo soldiers for crimes against humanity.

"We regret" the tribunal's decision, Jose Maria Aranaz, director of the United Nations joint human rights office (UNJHRO) and representative of the High Commissioner for Human Rights in the DRC, told AFP.

"Prosecuting these crimes is a way of preventing other legal violations and further excessive use of force by the armed forces," Aranaz said.

The seven soldiers were on trial for war crimes and other offences -- including murder, mutilation and cruel, inhumane and degrading treatment -- apparently committed in the Kasai region.

They are being prosecuted after a video emerged in February showing a group of uniformed men opening fire on civilians, then walking among at least 20 bodies.

The alleged incident occurred during an operation in a village called Mwanza Lomba in Kasai, according to the government.

On Saturday prosecutors in the trial, which began on June 5, dropped the war crimes charges but kept the murder charge and others.

"You can justify dropping the war crimes charges because there is no declared conflict in the Kasai," Aranaz said.

But it would have been important to prosecute the officers for crimes against humanity because it would send "a strong signal in the direction of those who are implicated in the violence in Kasai."

An attorney at the trial, Jimmy Bashile, told AFP that military prosecutors, pressing charges of murder against five of the accused, on Monday sought jail terms of life or 20 years against two majors, a captain, lieutenant and a sergeant-major.

They also called for a 10-year term against a sergeant-major for failing to denounce the crimes and a 12-month suspended term against another non-commissioned officer for handling images sent to him by one of the accused.

The verdict is expected on Saturday, Bashile said.

The central Kasai region has seen an explosion of deadly violence in recent months, with reports of gross rights violations, including extrajudicial killings, torture, rape and the use of child soldiers.

More than 3,300 people have been killed in eight months of spiralling unrest, a papal envoy to the country said last week, and UN figures show that 1.3 million people have fled their homes.

The UNJHRO believes "officers should guarantee the proportional use of force by military and police elements under their command" and dismiss all efforts to try to put these acts onto "isolated members in the army," Aranaz said.

The unrest in Kasai began when a local tribal chieftain, known as the Kamwina Nsapu, who was rebelling against the authority of President Joseph Kabila's government, was killed during clashes with the security forces in August 2016.

On Saturday, the UN urged Congolese authorities to pare back their military presence in the region "to prioritise dialogue".