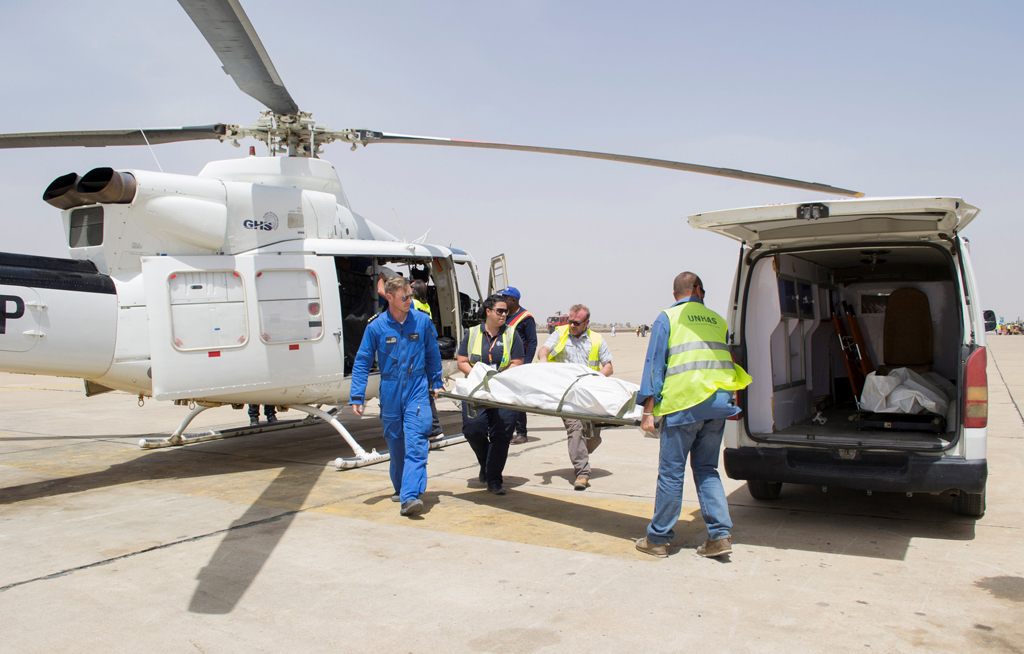 UNHAS members evacuate bodies of three aid workers, who were killed during an attack in the town of Rann, at Maiduguri Airport, Nigeria March 2, 2018.

The suspension of aid work in the town of Rann, which hosts a camp for 55,000 people displaced by the Islamist Boko Haram insurgency, was announced late on Friday in a statement from the spokesman for the UN Secretary-General.

The suspected militants killed at least 11 people, including the three aid workers, in an attack on a military barracks in Rann in Borno state late on Thursday, according to two security reports seen by Reuters.

Medical charity Medecins Sans Frontieres on Friday said it had suspended its work in Rann following the attack and evacuated both national and international staff.