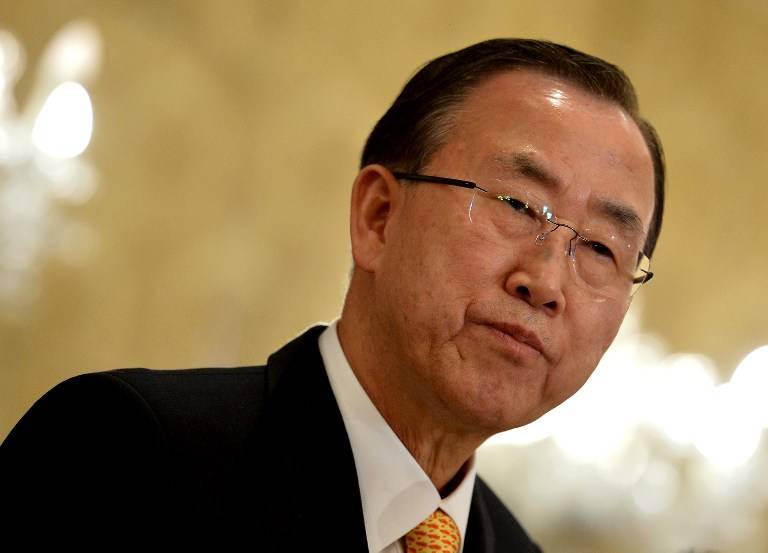 JOHANNESBURG - United Nations Secretary-General Ban Ki-moon has condemned the recent killing in Bangui of a peacekeeper serving with the UN operation in the Central African Republic.

On Monday, his spokesman released a statement saying the secretary-general reiterated that attacks against those who are working towards peace and security in the CAR were unacceptable.

“He calls on the government to ensure that the circumstances of the crime are fully investigated and that the perpetrators are brought to justice.”

The peacekeeper from Senegal was shot dead in the CAR capital on 24 June by unidentified armed men in circumstances that are still unclear.

Ban&39;s condemnation followed an earlier statement from the Multidimensional Integrated Stabilisation Mission in the Central African Republic (MINUSCA), in which it said that the peacekeeper’s body had been found in Bangui’s General Hospital and that it would make every effort to bring those responsible to justice.

According to Ban&39;s spokesman, in expressing concern about recent security trends in Bangui and other parts of the country, the UN chief also called on President Faustin-Archange Touadra, the CAR government and all relevant actors to continue pursuing a comprehensive process to achieve the disarmament of the armed groups in a spirit of national reconciliation and inclusiveness.

On Monday, the UN Security Council also strongly condemned the deadly attack by Al-Shabaab on a Mogadishu hotel, in Somalia on 25 June, which killed several people including a serving government minister.

“Any acts of terrorism are criminal and unjustifiable, regardless of their motivation, wherever, whenever and by whomsoever committed,” the council members added in a statement on the attack on the Nasa Hablod Hotel. There were a number of injuries and deaths, including that of Bur’i Mohamed Hamza, the country’s Minister for Environment Affairs and former Foreign Minister.

In the statement, the council members underlined “the need to bring perpetrators, organisers, financiers and sponsors of these reprehensible acts of terrorism to justice”.

In addition, they expressed their deep condolences and sympathy to the families of the victims as well as to the people and government of Somalia. They also wished a speedy recovery to those injured and reiterated their determination to support the peace and reconciliation process.