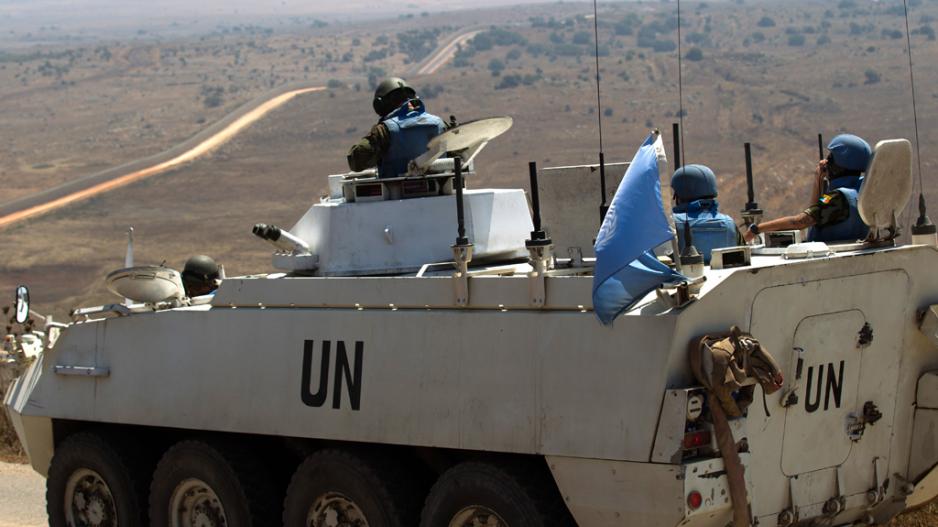 UN peacekeeper troops waiting for the Israeli army to cross into Syria, near the Druze village of Buqata, north of Quneitra crossing, the only border crossing between Israel and Syrian border in the Golan Heights, 31 August 2014.

BAMAKO, Mali - A UN peacekeeper was killed and eight others injured on Monday in an attack on their camp in northeastern Mali near the Algerian border, the United Nations said.

A peacekeeper from Chad was killed in the attacks at the Aguelhok camp in the region of Kidal, said a statement from Ban's spokesperson.

Following a spate of mortar rounds fired at the Aguelhok camp, two military vehicles were dispatched and hit an explosive device "that led to the death of a blue helmet," MINUSMA said.

Northern Mali fell into the hands of jihadists linked to Al-Qaeda in early 2012.

France intervened in January 2013 to drive the Islamist fighters away from the north and the UN mission was deployed a few months later, but large tracts of Mali are still not controlled by domestic or UN troops.

Analysts say tribal rivalries have led to a deterioration of the security situation in the north.

Ban expressed concern over ceasefire violations by the armed groups that signed a peace deal for Mali last year.

A UN soldier was killed and four others were injured on August 7 when their vehicle struck an explosive device in Mali's northeastern Kidal region. The dead soldier and the injured were from Chad.

A total of 32 peacekeepers from MINUSMA have been killed so far this year, according to the UN peacekeeping website.