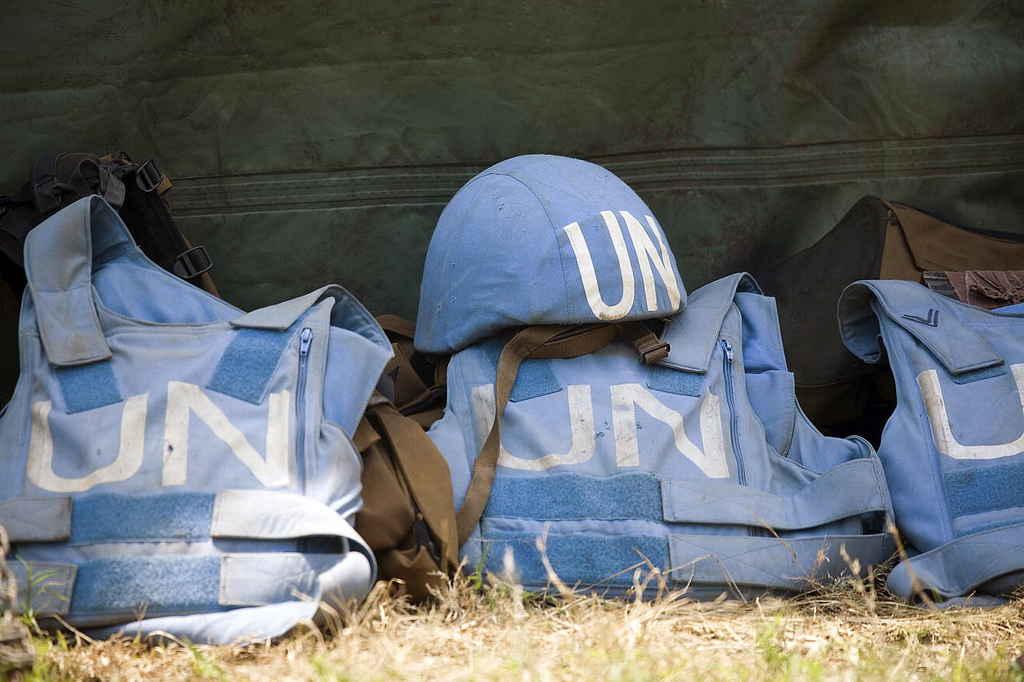 Helmet and flack jackets of the members of the 1 parachute battalion of the South African contingent of the United Nations Peacekeeping Mission in the Democratic Republic of the Congo (MONUC).

BANGUI – A United Nations peacekeeper was killed and eight others wounded Tuesday in clashes with armed groups in a restive neighbourhood of the capital of the Central African Republic, a security source said.

Peacekeepers from the UN&39;s Minusca force and Central African soldiers have since Sunday been locked in an operation to rout armed groups in Bangui&39;s mainly Muslim PK5 neighbourhood.

At least 46 people have been injured in fierce armed clashes in the enclave, according to aid group Doctors Without Borders (MSF) which has treated the majority of casualties.

The security source told AFP the peacekeeper was killed when a Minusca patrol was ambushed by rebel gunmen on the outskirts of the PK5 neighbourhood on Tuesday afternoon.

"A Rwandan patrol supported by Central African forces was shot at and then pursued the attackers into PK5," the source told AFP.

One PK5 resident contacted by AFP said that civilians had been killed in the ongoing violence, though that was not possible to independently confirm.

The Central African Republic has been struggling to return to stability since the country exploded into bloodshed after the 2013 overthrow of longtime leader Francois Bozize by the mainly Muslim Seleka rebel alliance.

France intervened militarily to push out the Seleka alliance but the country remains plagued with violence pitting groups competing for control of resources and areas of influence.