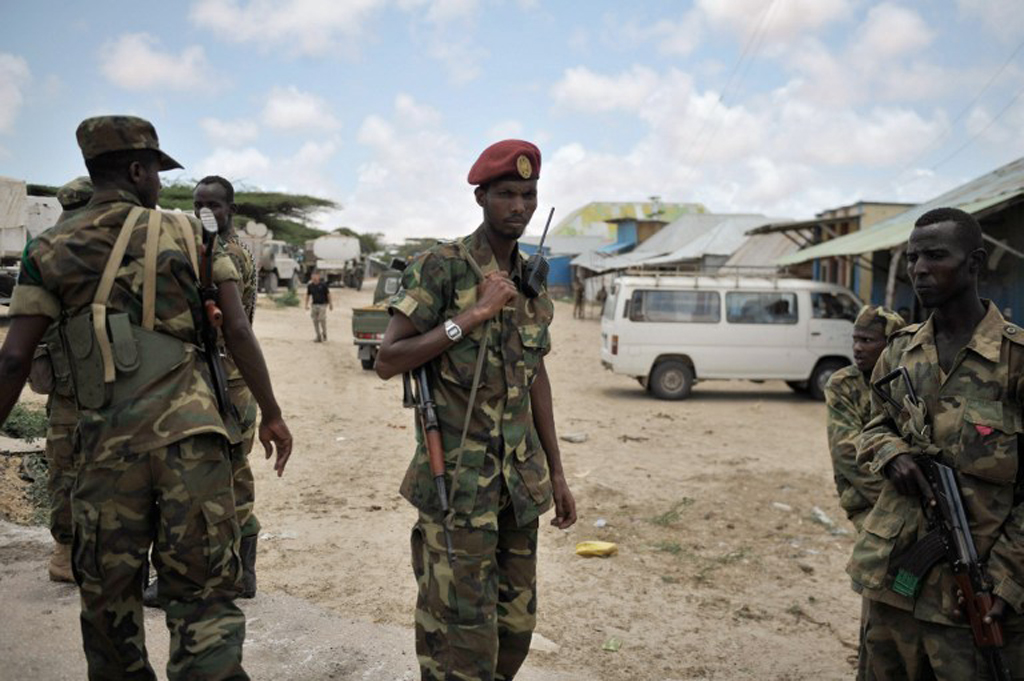 A handout image made available by the African Union Mission to Somalia (AMISOM) on October 5, 2014, shows Somali National Army soldiers.

JOHANNESBURG – The United Nations Security Council approved the gradual withdrawal of uniformed personnel in Somalia while extending its authorisation of the African Union Mission in Somalia (AMISOM) until May 31, 2018.

Uniformed personnel will be downsized to a maximum of just over 21,600 by the end of December this year, with an eye towards the gradual handover over of responsibilities to Somali security forces.

Unanimously adopting a new resolution on Wednesday, the Council decided that the downsizing – the first ever for the African-led operation – would include a minimum of just over 1,000 AMISOM police personnel and five Formed Police Units.

The Council emphasised its long-term objective for Somalia, with international support, is for the Somali Security Forces to assume full responsibility for security, with AMISOM remaining critical during the transition.

AMISON's gradual handover will enable Somali security forces to reduce the threat posed by al-Shabaab and other armed opposition groups.