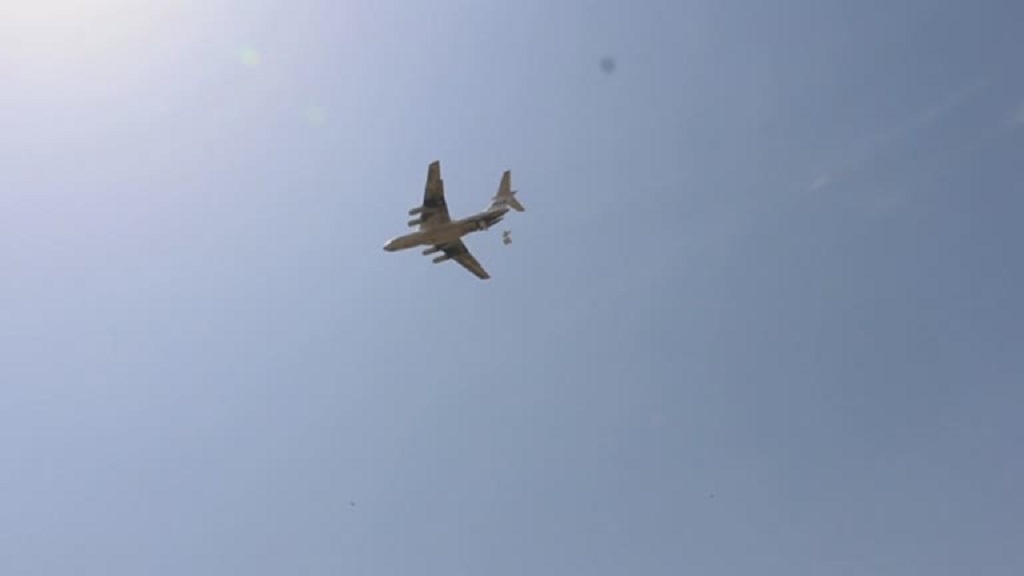 United Nations agencies airdrop food rations in Leer County, one of the two counties in South Sudan classified as being in famine.

NAIROBI - The United Nations&39; humanitarian coordinator in South Sudan called on Tuesday for the "swift and safe" return of six aid workers who have disappeared in the northwest of the country.

The coordinator, Alain Noudehou, said in a statement that one international and five national aid workers had gone missing on Sunday while travelling between the towns of Raga and Wau, where they were working on food security.

On Monday, France-based NGO Solidarites International said it had "lost contact" with three of its workers, but said it could not be confirmed whether they had been kidnapped.

The South Sudanese government and rebels led by exiled former vice-president Riek Machar accused each other of attacking the aid workers during clashes that broke out in the area.

The information ministry in the state of Lol, where Raga is situated, said in a statement that Machar&39;s "bandits" had ambushed vehicles 30 kilometres outside of Raga, killing eight civilians and kidnapping four aid workers.

Meanwhile, Lam Paul Gabriel, a spokesman for the rebel SPLA-IO, said his forces had "intercepted" a convoy carrying weapons between the second largest city of Wau and Raga that were to be used to attack rebel bases.

In the course of this operation, four aid workers were "rescued", he said, adding they had been used as " shields by the government in the transportation of this military hardware."

"They are currently safe and sound with our forces around Raga and will be handed over to the concerned third party as soon as possible," said the statement.

It could not be immediately confirmed if all six aid workers mentioned by the UN humanitarian co-ordinator went missing in the same incident.

Wau and its surrounds have been the centre of fierce fighting between the government and rebel forces since 2016.

In April, three people delivering food aid were brutally killed in Wau, a sign of the difficulties for humanitarian workers in dealing with the fallout from the country&39;s four-year-old war which has killed tens of thousands and driven nearly four million from their homes.

In eastern Jonglei, 60 humanitarian workers had to flee fighting in April.

South Sudan&39;s leaders fought for decades for independence, but once they got it in 2011, a power struggle between President Salva Kiir and his former deputy Riek Machar led to all-out civil war in 2013.