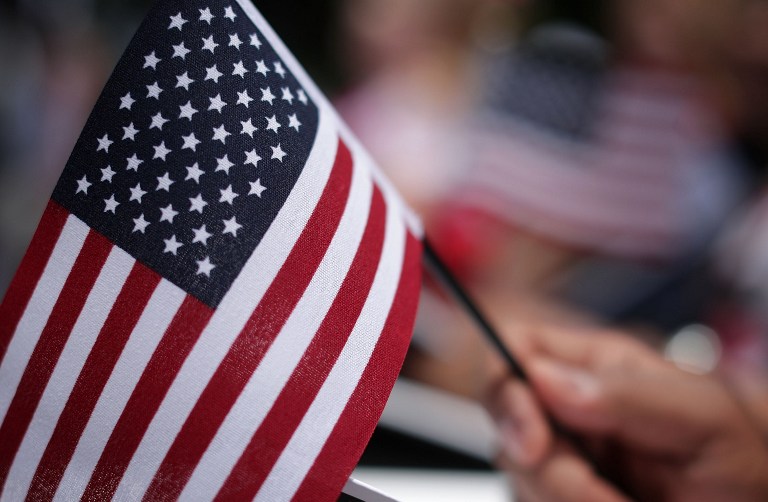 A man holds a U.S. flag during a naturalization ceremony June 2, 2016 at George Washington's Mount Vernon in Mount Vernon, Virginia.

WASHINGTON – The US Treasury placed an army commander and a former senior police official of the Democratic Republic of Congo on its sanctions blacklist Wednesday, tying both to rising political violence and human rights violations.

"Increasing violations of the rights to freedom of expression, association, and peaceful assembly have been reported in the western provinces, particularly in Kinshasa," the Treasury said.

Also hit with sanctions was Gen. John Numbi, a former national inspector in the DRC police and a close advisor of President Joseph Kabila, whom opponents fear is seeking to remain in power after his second term runs out despite a constitutional ban on a third one.

"Numbi threatened to kill opposition candidates who did not voluntarily withdraw from the race, and on the same day these exchanges purportedly took place, three candidates withdrew."

The sanctions, which ban US individuals and businesses from dealings with the two men, came days after dozens of demonstrators were killed in anti-government protests in Kinshasha.

"In several areas of the country, defence and security forces have violently repressed demonstrations organised to oppose a new draft electoral law that many fear would allow President Kabila to run for a third term," the Treasury said.