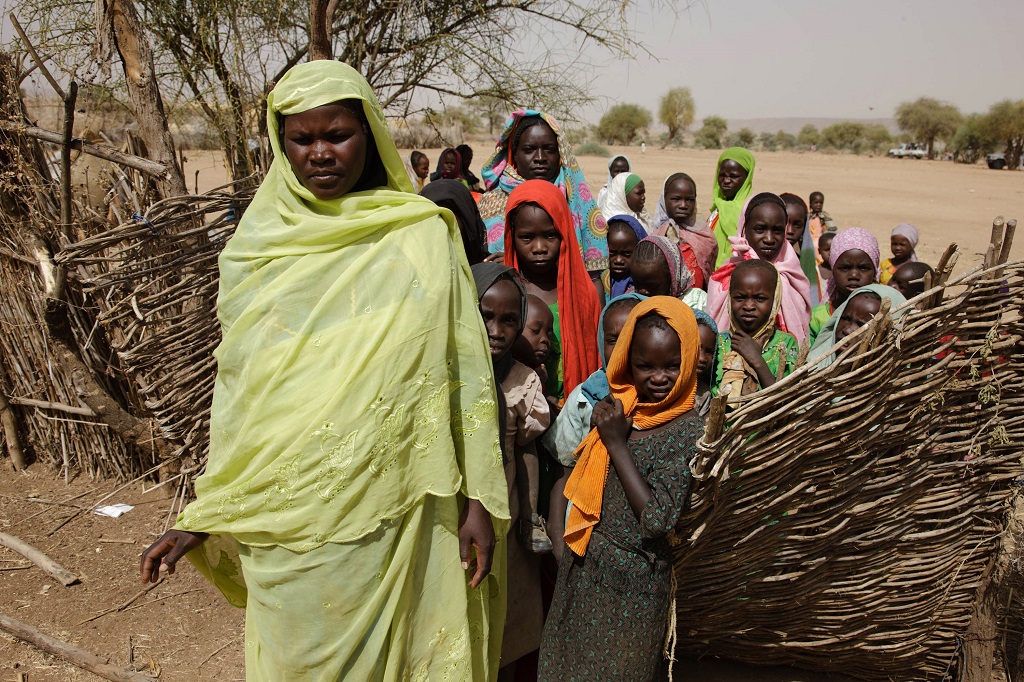 Villagers in Darfur, Sudan. Amnesty International has accused the Sudanese government of killing hundreds of people with chemical weapons.

KHARTOUM, Sudan - US aid chief Mark Green said Monday Washington was monitoring Sudan's progress on conditions for a permanent lifting of sanctions, as he visited a camp for the displaced in Darfur.

The head of the US Agency for International Development (USAID) is the first high-ranking official from President Donald Trump's administration to visit Africa.

His trip comes at a time when the Trump administration is planning to cut more than 30 percent in American foreign aid.

It also comes just weeks before Trump decides whether to lift permanently the US trade embargo imposed on Sudan since 1997.

"We will be watching closely for sustained progress on all the five tracks," Green said in a statement.

READ: Three African countries could face US sanctions for refusing to accept deportees

He was referring to conditions laid down by former president Barack Obama that Khartoum must meet before US sanctions are permanently lifted.

Green said the timing of his visit to Sudan shows the importance Washington attaches to its relations with Khartoum.

"We are at a critical point in Sudan," Green said.

The five US conditions include giving more access to humanitarian workers in war zones, counter-terrorism cooperation, an end to hostilities against armed groups in Sudan and halting support for insurgents in neighbouring South Sudan.

"In particular, we are hoping to see progress on humanitarian access right here in North Darfur," Green said as he met the governor of North Darfur state prior to visiting the Zam Zam camp.

Tens of thousands of Sudanese people displaced by the conflict in Darfur live in the camp.

"There is still a need for life-saving humanitarian assistance, and we hope to see a successful resolution to the conflicts in Darfur and the two areas," he said, referring to South Kordofan and Blue Nile.

US committed to Sudan

On October 12, Trump will decide whether to lift the Sudan embargo after Obama eased it before leaving office in January.

Washington imposed the embargo over Khartoum's alleged support for Islamist militant groups. The late Al-Qaeda founder Osama bin Laden was based in Khartoum between 1992 and 1996.

Washington argued that the conflict in Darfur has been a factor in keeping the embargo in place.

The conflict erupted in 2003 when ethnic minority rebels took up arms against President Omar al-Bashir's Arab-dominated government in Khartoum, accusing it of marginalising the Darfur region economically and politically.

About 300,000 people have been killed and 2.5 million displaced by the conflict, the United Nations says.

Bashir himself is wanted by the International Criminal Court on charges of genocide and war crimes in Darfur. He steadfastly denies the charges.

While assuring that Washington will stand by Khartoum, Green urged other global donors "to do their part" in aiding Sudan.

"We remain committed to engaging with the government of Sudan at a high level in all areas... including improving humanitarian access," he said.

Global aid officials say that in recent months Khartoum has given increased access for aid deliveries.

A US official said Green's visit aims to show that the Trump administration "wants to engage and not disengage" with Africa.

After Sudan, Green is scheduled to visit South Sudan and Ethiopia.