US concerned by Rwanda poll irregularities 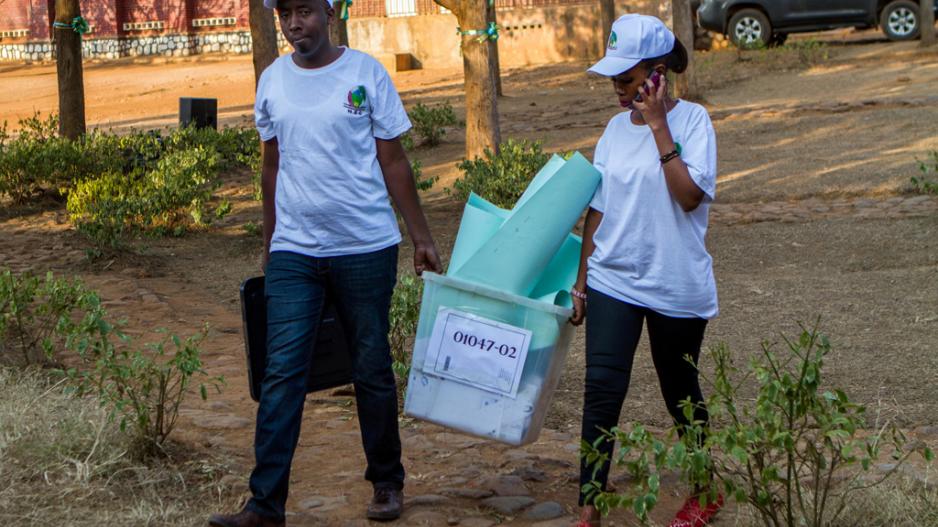 Polling staff carry a ballot box before counting at a polling centre in Kigali, Rwanda, August 4, 2017.

WASHINGTON - The United States said Saturday it was "disturbed by irregularities" in Rwanda's presidential election which saw Paul Kagame celebrate a third consecutive victory with nearly 99 percent of the vote.

State Department spokeswoman Heather Nauert said the US "congratulates the people of Rwanda on their active and peaceful participation" in the poll but added: "We are disturbed by irregularities observed during voting and reiterate long-standing concerns over the integrity of the vote-tabulation process."

Frank Habineza of the Democratic Green Party -- the only permitted critical opposition party -- won just 0.45 percent of votes, beaten into third place by the little-known independent candidate Philippe Mpayimana with 0.72.

Nauert, who pointedly did not mention Kagame by name in her statement, said a particular concern was the lack of transparency in determining the eligibility criteria.

"We hope the new electoral law to be debated in the next session of Parliament will clarify that process well before the 2018 parliamentary elections," she said.

Kagame is credited with a remarkable turnaround in the shattered nation, which boasts annual economic growth of about seven percent, is safe, clean and has little corruption. Rwanda also has the highest number of female lawmakers in the world.

However rights groups accuse Kagame of ruling through fear, relying on systematic repression of the opposition, free speech and the media.

Kagame's critics have ended up jailed, forced into exile or assassinated. Few Rwandans would dare to openly speak against him.