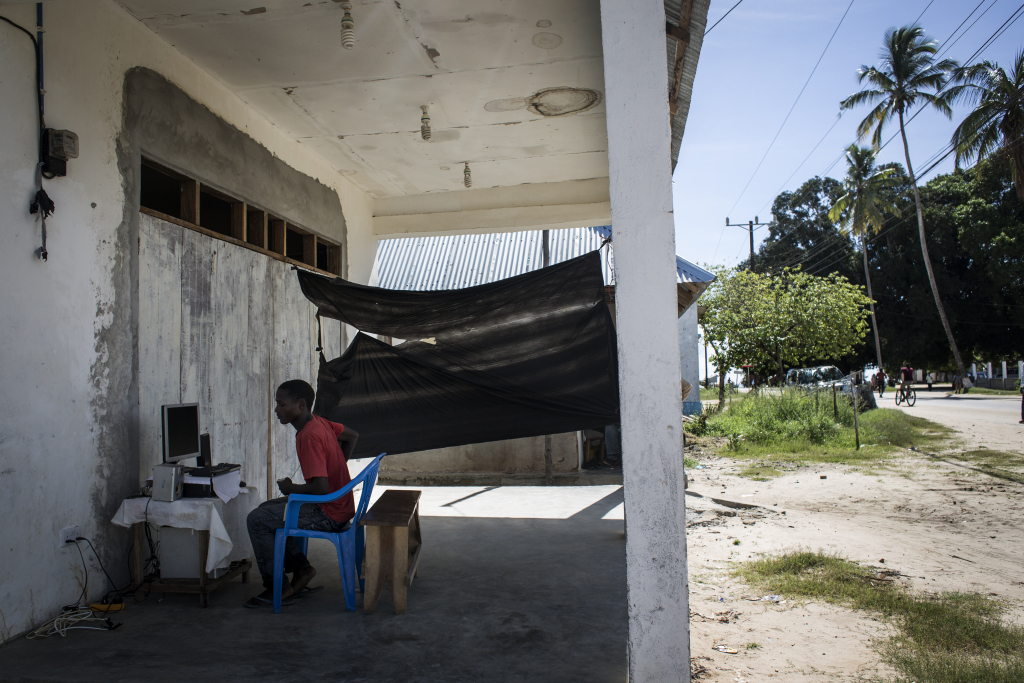 A young man sits at his work station on the main road in Palma, where large deposits of natural gas where found offshore, on February 16, 2017.

MAPUTO - The US embassy in Mozambique said Americans should consider leaving a northeastern district close to a major gas field as imminent attacks are likely after suspected Islamist militants beheaded 10 people and killed seven others since May.

Any sign of militant activity is a concern for the country&39;s fledgeling gas industry and the area around the town of Palma near the Tanzanian border where the attacks took place is close to one of the world&39;s biggest untapped offshore gas fields.

"We strongly advise American citizens in the district headquarters of Palma to consider departing the area immediately," the embassy said on its website, warning of the "likelihood of imminent attacks."

More than $30-billion (R394.71 billion) is expected to be invested in Mozambique&39;s natural gas sector to build capacity to produce 20 million tonnes per year of LNG, with the first exports from the fields discovered seven years ago due to start after 2021.

Anadarko Petroleum is seeking to raise a record $14-$15-billion from banks and export credit agencies for its huge liquefied natural gas (LNG) project there, sources close to the matter said in May.

Six men wielding machetes killed at least seven people and injured four others this month in the predominantly Muslim region close to the Tanzanian border and 10 were beheaded last month.

Mozambique has not been a focal point of Islamist militant activity in the past and police have been reluctant to ascribe the attacks to Islamists.

Mozambique has little history of militant activity and police are reluctant to ascribe the attacks to Islamists.

The gas find could enable the country to become a major LNPG exporter and attain middle-income status. Currently, it is one of the world&39;s poorest countries.

About 30 percent of Mozambique&39;s 30 million people are Roman Catholics. Muslims make up about 18 percent of the population.