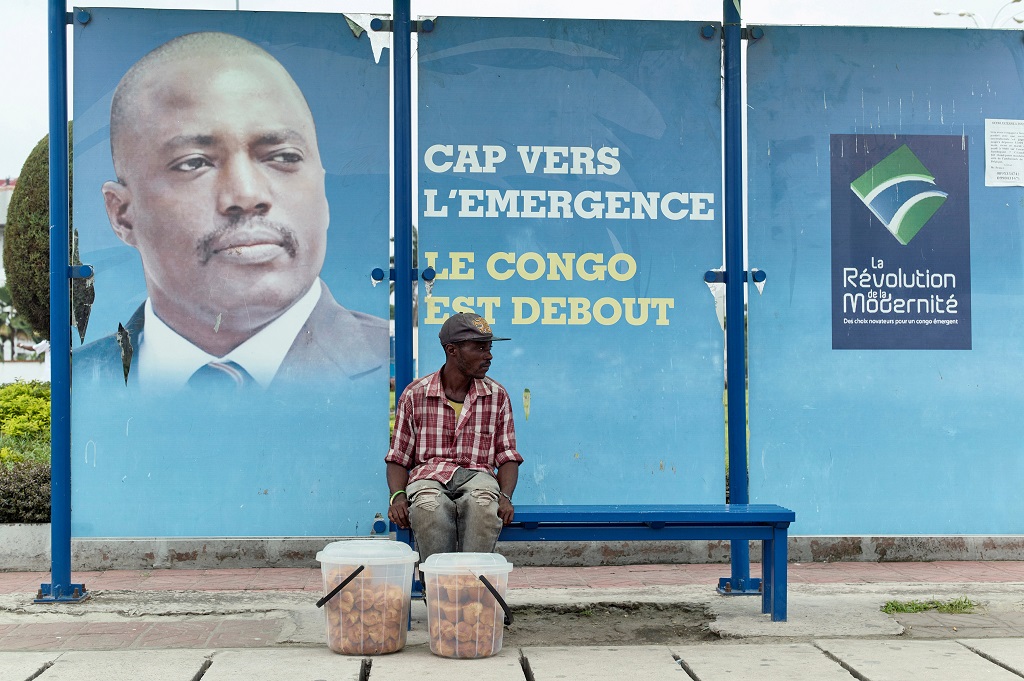 A vendor sits at a bus stand with pictures of President Joseph Kabila in Kinshasa, Democratic Republic of Congo 31 December 2016.

KINSHASA – The US State Department says it has imposed sanctions and visa bans on top officials from Democratic Republic of Congo (DRC) for corruption linked to long-delayed elections due in December and for rights abuses.

It asked President Joseph Kabila, who has been in power since 2001, to ensure a peaceful transition of power in the December 23 election.

"Further, the Department is taking steps to prevent entry into the United States of certain DRC officials involved in human rights violations," it said.

"Today’s actions send a strong signal that the US government is committed to fighting corruption, to supporting credible elections that lead to DRC’s first peaceful and democratic transfer of power, and to holding accountable those who are responsible for significant corruption or serious violations of human rights."

The State Department on Thursday also said it would send career diplomat Michael Hammer as ambassador to the Democratic Republic of Congo, a post that has been vacant for several months.

Hammer had served as ambassador to Chile between 2014 and 2016 and was also Assistant Secretary of State for Public Affairs. He has worked in five foreign missions.

A tweet from the US embassy in Kinshasa added: "Now is a critical time to take such measures, to help dissuade Kabila from putting his name on the ballot and help ensure a credible election."

Kabila (47) took over from his assassinated father in 2001 and presides over a country with a dark reputation for corruption, poor governance and violence.

He has not clearly stated whether he will step aside despite appeals from the United States, France and Britain for him to declare that he will not seek re-election.

Escalating tension over Kabila&39;s future has fuelled protests, leading to a security crackdown that has claimed dozens of lives and caused concern among the DRC&39;s neighbours.