US observers urge steps to ensure free poll in Zimbabwe 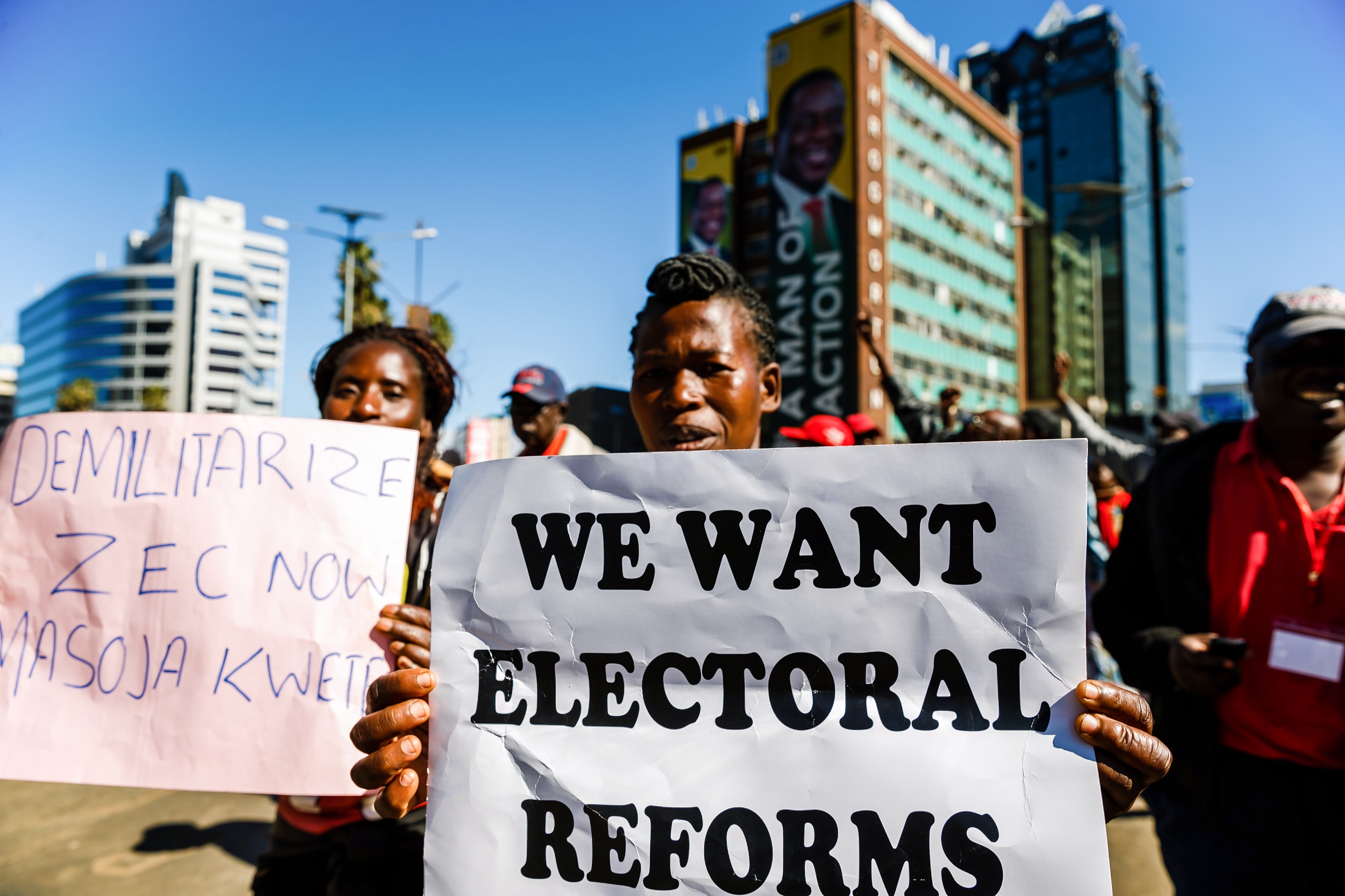 The main opposition staged street protests to pressure the authorities to adopt a slew of reforms to ensure a fair poll.

HARARE - US pro-democracy groups have urged Zimbabwean authorities to take steps to ensure a free and fair election in July and break from a history of flawed elections under long-time ruler Robert Mugabe.

"Changing Zimbabwe’s electoral trajectory will require pro-active and concerted efforts to instil public confidence," the International Republican Institute and the National Democratic Institute said in a statement late Friday after a week of pre-election observation.

Zimbabwe holds a general election on 30 July, the first without Mugabe who was forced out of office after a brief military takeover last year.

David Dreier, a former United States Congressman and member of the IRI-NDI monitors, told reporters in Harare that while the observers have "found several notable improvements in the political environment and electoral preparations as compared to prior elections, a number of significant opportunities to break with the past have been missed."

"As a result, we still have concerns about the fairness of the process."

The group said while Zimbabweans welcome President Emmerson Mnangagwa’s public commitments to hold credible elections there were concerns whether the military will accept the outcome of the presidential polls.

They called on senior military officers to make "public and unambiguous statements" that the army will loyally serve whoever wins the elections.

The statement came days after the main opposition staged street protests to pressure the authorities to adopt a slew of reforms to ensure a fair poll.

The Movement for Democratic Change (MDC) party wants to observe the printing of ballot papers, that Zimbabweans based abroad be allowed to vote and the removal of military personnel seconded to the electoral commission.

Mnangagwa will square off with former student activist Nelson Chamisa leading a coalition of opposition parties under the MDC-Alliance.

A new pre-poll survey by Afrobarometer published this week showed the ruling Zanu-PF would attract 42 percent of the vote compared to 31 percent for the MDC, meaning the election could go to a run-off.