US prepared to talk on removing Sudan terror tag: diplomat 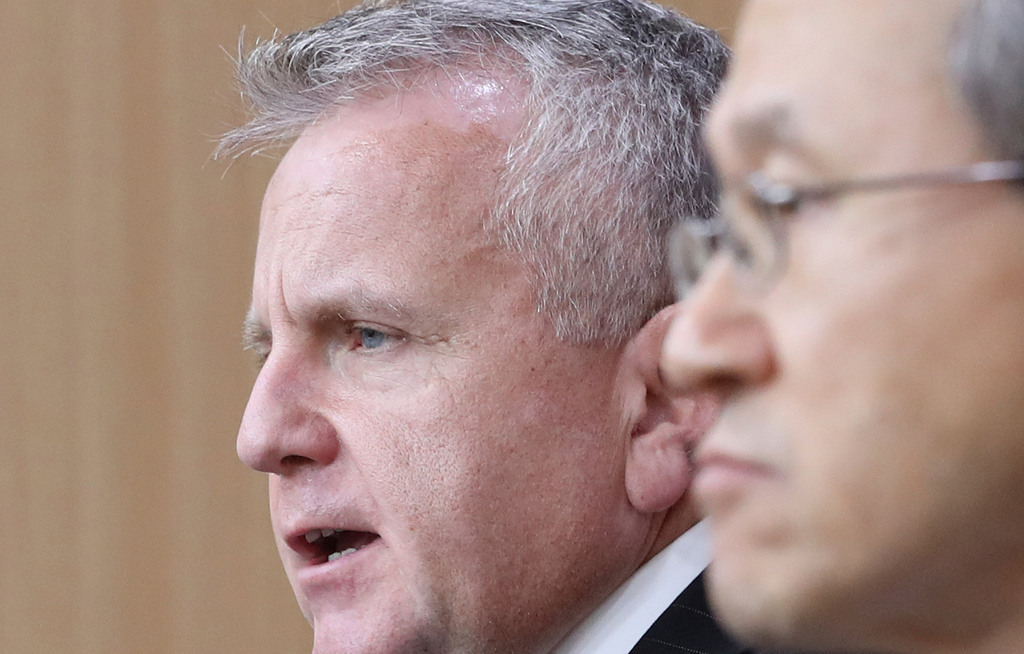 KHARTOUM - The United States is prepared to hold talks on removing Sudan from its blacklist of "state sponsors of terrorism," a senior US official said in Khartoum on Thursday.

Sudan meanwhile said it was ready to cut ties with North Korea, in a sign of goodwill towards Washington.

US Deputy Secretary of State John Sullivan said that given the "positive" steps taken by Sudan since last year, Washington was prepared to discuss removing Sudan from the blacklist, which also includes Iran and Syria.

"We are prepared to continue discussions with the government of Sudan on this issue ... and to engage with them on all that would be required to have them removed from the list of state sponsors of terrorism," Sullivan told foreign media journalists based in Khartoum.

Sullivan is the highest-ranking official from US President Donald Trump&39;s administration to visit Khartoum since Washington lifted its 20-year-old trade embargo on October 12.

He is on a two-day visit aimed also at discussing human rights and religious freedoms in the African country.

Ghandour said lifting the sanctions was a "crucial step" to improving ties with Washington and, assured Sullivan that Sudan would break ties with North Korea.

"We are also committed to having no trade or military relations with North Korea and hope that the Korean Peninsula remains free of nuclear weapons," he told Sullivan.

Khartoum, the foreign minister stressed, was committed to respecting all resolutions passed by the UN Security Council against North Korea.

Sullivan said addressing Washington&39;s concerns over ties between Khartoum and Pyongyang had been a key purpose of his visit to Sudan.

"We were gratified to hear today from senior government leaders that I met with that the government of Sudan will cut all of its ties with the DPRK," Sullivan said.

"That&39;s an important step in the relationship between the United States and Sudan."

Sudan and North Korea have had no diplomatic relations for years, but rights groups allege that the two have engaged in military ties.

Sullivan said Khartoum&39;s record of human rights and religious freedom was also a concern to Washington.

"We have ... impressed on the government how important it is for the United States for there to be substantial progress on those human rights," he said.

"Ever since the significantly Christian South Sudan gained its independence from Sudan in 2011, the Sudanese government has focused greater attention on reducing the number of churches and their activities in Sudan," John Prendergast of the Washington-based campaign group Enough Project wrote days before the lifting of the sanctions.

Khartoum insists that Sudan upholds human rights and religious freedom, which it says is exemplified by several churches existing next to mosques.

Sullivan said Washington was keen for "expanding" its ties with Khartoum even as some concerns still remained about Sudan&39;s alleged links with militant groups like Palestinian Hamas and Lebanon&39;s Hezbollah.

Washington had imposed financial sanctions on Khartoum in 1997 for its alleged support for Islamist militant groups.

Al-Qaeda founder Osama bin Laden used to live in Sudan between 1992 and 1996.

After decades of strained diplomatic relations, ties between Washington and Khartoum improved under the presidency of Barack Obama, later resulting in the lifting of sanctions by Trump, his successor.

Washington and Khartoum is a "relation in transition," said Sullivan.

"Our ultimate goal is to work with the government here to create a peaceful, stable, prosperous Sudan that would benefit the entire region."