US Secretary of State kicks off Middle East tour in Egypt 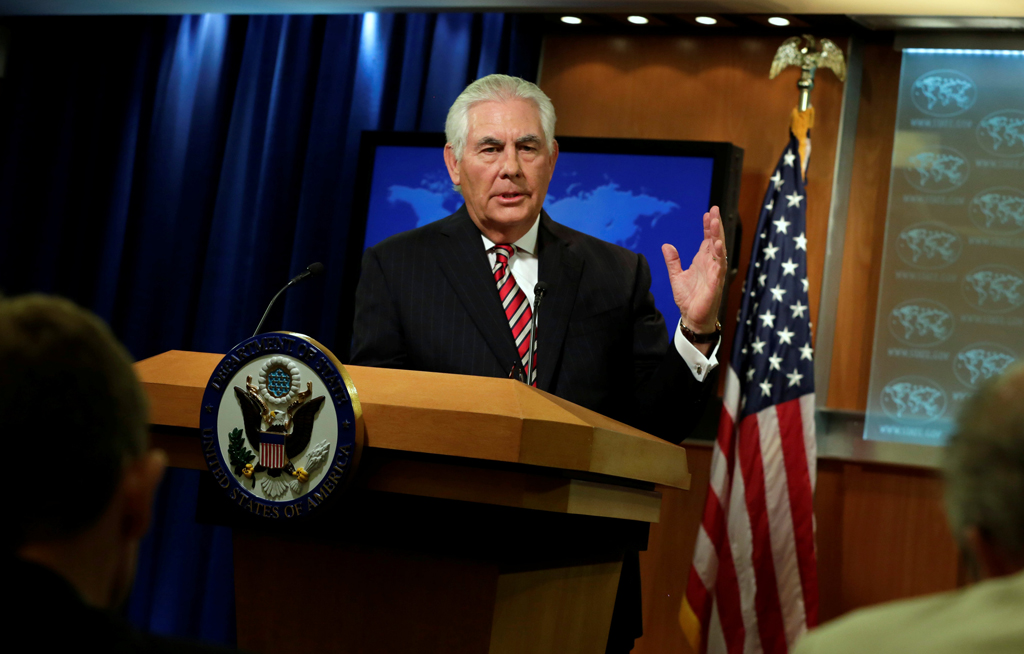 US Secretary of State Rex Tillerson speaks at a press briefing at the State Department in Washington, US, August 22, 2017.

CAIRO - US Secretary of State Rex Tillerson was expected to meet President Abdel Fattah al-Sisi in Egypt on Monday, diplomatic sources said, as he started a tour of the Middle East.

Tillerson landed in Cairo on Sunday and had dinner with his Egyptian counterpart Sameh Shoukry.

The envoy was set to talk with Sisi in the early afternoon, after seeing staff of the US embassy in Cairo and a second meeting with Shoukry.

A US State Department official said Tillerson&39;s talks in Egypt would focus on "regional issues of mutual concern such as Libya and Syria, our shared commitment to fighting terrorism", and the Israeli-Palestinian conflict.

"Concerns about human rights and civil society are a topic of continuing conversation with the Egyptians," the official added, expecting the topic to be addressed during talks.

Tillerson&39;s visit comes as Sisi, who has been president since 2014, looks set to be re-elected next month in polls in which he will face a single opponent.

"On the elections, we support a genuine and a credible electoral process, and we believe should guarantee the right for all citizens to participate freely and fairly," the US State Department official said.

"We have noted our concerns about the reports that Egypt&39;s prosecutor general has launched an investigation into opposition figures ahead of the" March 26 elections, he added.

Tillerson&39;s trip to Cairo comes after Vice President Mike Pence visited last month to discuss security in the region and the future of US aid to Egypt.

After Cairo, Tillerson is to head to Kuwait to take part in a ministerial meeting of the US-led military coalition that has been battling the Islamic State jihadist group in Iraq and neighbouring Syria.

Tillerson is then set to head to Turkey for discussions with Washington&39;s NATO ally including on the conflict in Syria.