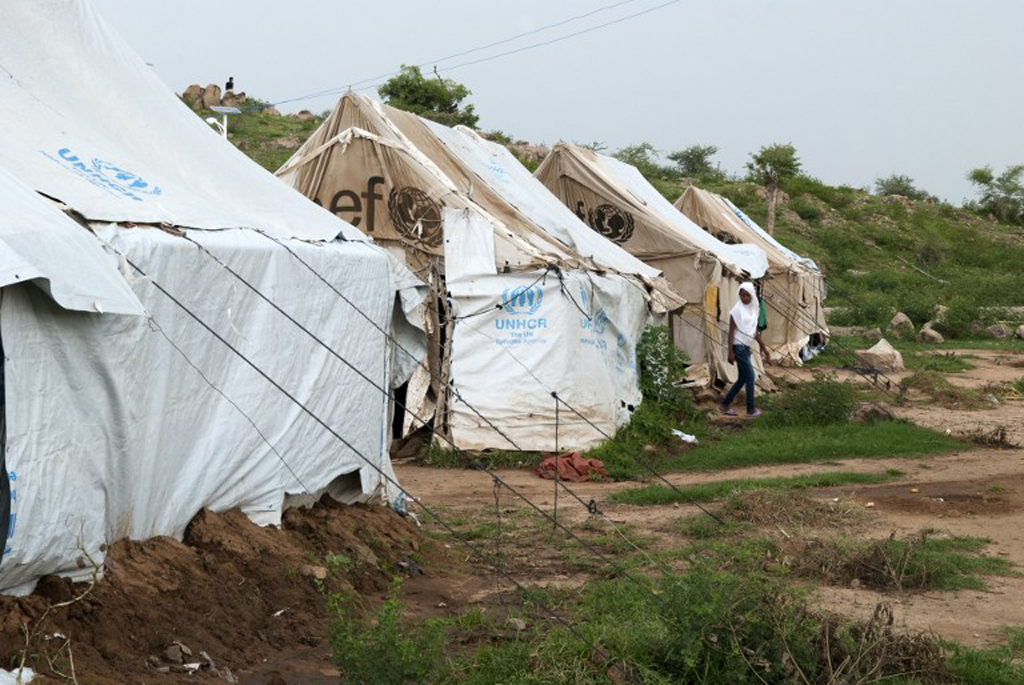 An Eritrean woman walks past United Nations High Commission for Refugees (UNHCR) tents at the Hitsats refugee camp in Ethiopia on September 2, 2015.

GENEVA - A diplomatic thaw between Ethiopia and Eritrea must be used to improve the devastating human rights conditions facing the Eritrean people, a United Nations special rapporteur said on Wednesday.

"While peace is being negotiated, while rapprochement is happening, one would make sure that the centrality of human rights is not ignored," said Sheila Keetharuth, the UN&39;s independent expert on rights in Eritrea.

"If this is the change which is happening on the ground, then I really believe it should be embraced," Keetharuth said.

"I encourage it but with a caveat that human rights needs to be central in all discussions," she added.

Keetharuth, whose term as special rapporteur is wrapping up, has sought to highlight serious abuses linked to Eritrea&39;s mandatory military service, which pays extremely low wages.

A peace deal with Ethiopia "could be a game changer," she said since Asmara has used the supposed perpetual Ethiopian threat to justify the conscription.

A former province, Eritrea voted for separation from its much larger neighbour in 1993 following a three-decade independence war.

But just five years later, a new border war erupted between the two countries, killing around 80,000 people before it ended in stalemate in 2000.

Since then, a tense standoff has persisted with both maintaining a war footing, shots occasionally fired and with each side backing the other&39;s rebels.

Keetharuth underscored that despite reasons for optimism on the diplomatic front -- with a high-level delegation from Asmara in Addis Ababa for talks this week -- the rights situation in Eritrea "remains grim".