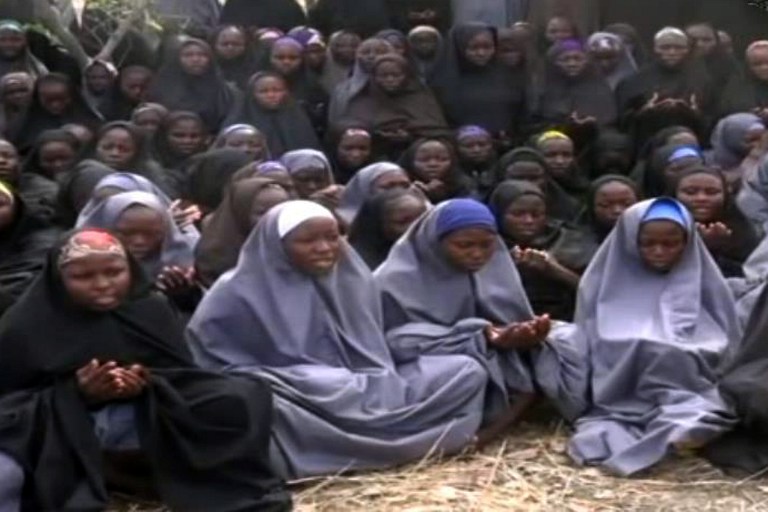 Nigeria marked the first anniversary of Boko Haram's abduction of 219 schoolgirls from the northeastern town of Chibok, as part of a series of events planned around the world.

KANO – Boko Haram on Sunday released a video of the girls kidnapped from Chibok in April 2014, showing some who are still alive and claiming others died in air strikes.

The video is the latest release from embattled Boko Haram leader Abubakar Shekau, who earlier this month denied claims that he had been replaced as the leader of the jihadist group.

"They should know that their children are still in our hands," said a man whose face was covered by a turban in the video posted on YouTube.

"There is a number of the girls, about 40 of them, that have been married by the decision of Allah," said the man in the 11-minute video, which shows girls with veils sitting on the ground and standing in the background.

"Some of them have died as a result of aerial bombardment."

The mass kidnapping of 276 Chibok schoolgirls in April 2014 provoked global outrage and brought unprecedented attention on the Boko Haram conflict, in which at least 20,000 people have been killed since 2009.

Throughout last year, the Nigerian military announced the rescue of hundreds of people, most of them women and children, who have been kidnapped by Boko Haram.

But the missing Chibok schoolgirls were not among them, despite several unconfirmed sightings.