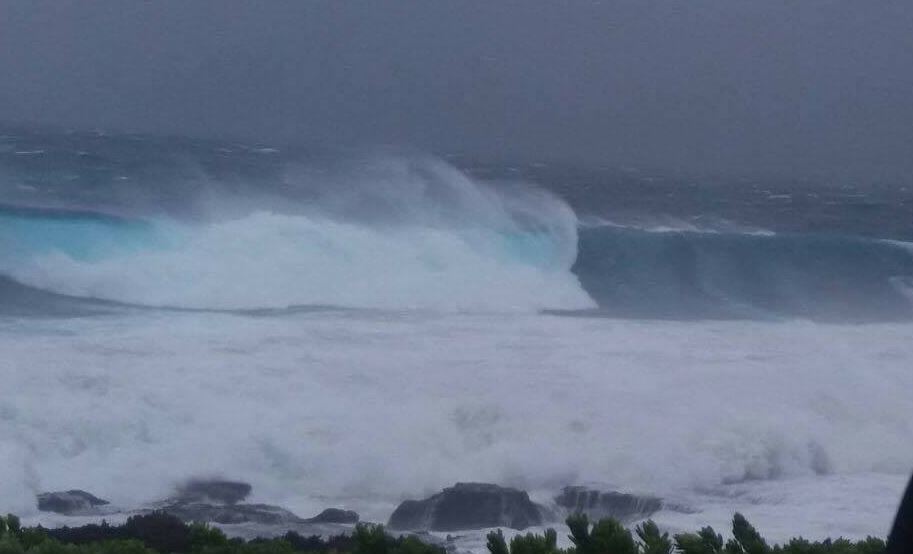 Preparations under way before Tropical Cyclone Dineo makes landfall in the Inhambane, Mozambique on Wednesday, February 15, 2017.

JOHANNESBURG - Dineo, now downgraded from cyclone status to a tropical storm, will reach northern KwaZulu-Natal, and parts of Limpopo and Mpumalanga on Thursday.

KwaZulu-Natal disaster management is leaving nothing to chance and has begun preparations for the storm.

Affected communities are being urged to stay indoors and avoid using flooded roads and low bridges.

Cyclone Dineo hit the Mozambican coast on Wednesday. At landfall, heavy rain and gale force winds of up to 130 kilometres ripped through Inhambane.

The winds, which are expected to reach 200 kilometres per hour, uprooted trees and blew off the roofs of informal homes.

Co-operative governance and traditional affairs MEC Nomusa Dube was speaking to reporters in Durban and said, "We want to emphasizes that this is not a panic mode."

"We are concentrating more resources on human support in the Northern parts of our province."

READ: What to do if tropical cyclone Dineo reaches you

Some of the pictures from Mozambique, as cyclone #Dineo hits. #sabcnews pic.twitter.com/ZUXPqnQuZL

Some roofs of houses are being blown away by hwavy winds in Inhambane, Mozambique - Thomas Keating pic.twitter.com/Cxh55wlC09

According to the department of cooperative governance Limpopo will be the worst affected, the impact of the storms and heavy rains might also be experienced in other provinces and areas as the rivers flowing from affected areas might lead to flooding somewhere else.

Government across the three spheres is working on contingency plans to ensure a coherent, integrated and coordinated response.

Winds starting to pick up and heavy rain starting to fall in Inhambane, Mozambique. Thank you Thomas Keating. pic.twitter.com/49fj0MhBzx

No landfall yet but damage can already be seen in Inhambane, Mozambique. Riaan Smit via Jacques Smit pic.twitter.com/POXHQrNqHb