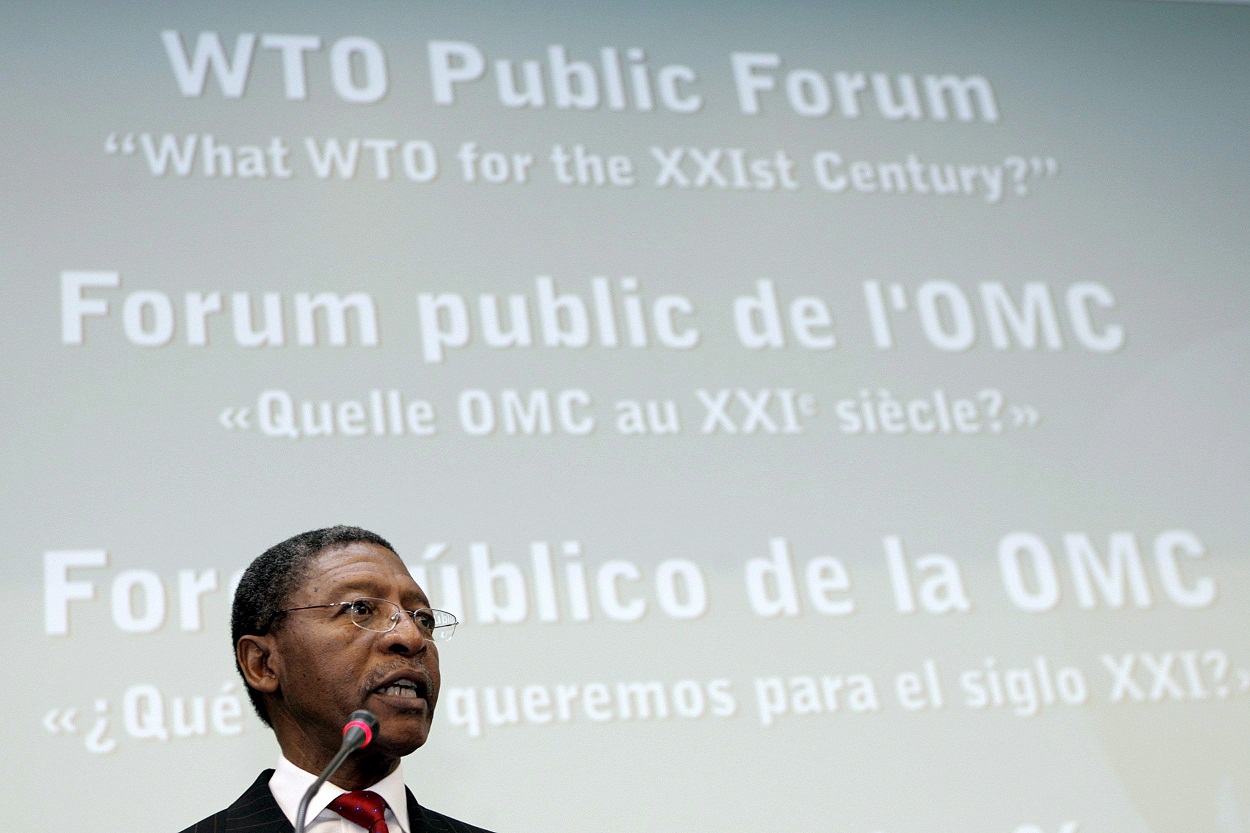 Pakalitha Mosisili, Prime Minister of Lesotho, speaks in front of representatives during the plenary opening session of the WTO Public Forum 'What WTO for the XXI Century?' at the WTO headquarters in Geneva, Switzerland, Monday 25 September 2006.

This despite opposition party leaders fleeing and soldiers reportedly being kidnapped.

eNCA reporter Thulasizwe Simelane sat down with Mosisili on the sidelines of the African Union Summit to discuss claims of fresh political instability in the tiny Mountain Kingdom.

The country was forced into an early election in February after an attempted coup in August 2014 when soldiers attacked police stations leaving one officer dead.

At the time, then prime minister Tom Thabane fled the country fearing for his life.

Months after the election, Mosisili has refuted claims of instability in his country, saying he was surprised by reports that several political leaders have fled to South Africa.

The prime minister has also slammed what he calls lies about the attempted coup last year, saying that it never happened.

His comments come after Thabane and other political leaders fled the country claiming their lives are in danger.

The Lesotho government has also been under pressure from the USA, which in a recent statement said:

The United States is concerned that no one has been held accountable for the August 2014 political unrest and violence between the military and police, yet the Government of Lesotho has reinstated one of the most polarizing figures from that difficult period as Commander of the Lesotho Defense Force. Other recent troubling developments include reports of kidnappings and abuse within the Lesotho Defense Force, the murder of a prominent supporter of the major opposition party, and the failure to provide security for former Prime Minister Thabane.
As a longstanding friend and partner, the United States urges the Government of Lesotho to take robust, concrete steps to address these concerns and demonstrate its commitment to the rule of law and to the vital democratic principle of civilian control over the military. We encourage the Government of Lesotho to move forward vigorously with plans for security sector reform in a way that builds the confidence of Basotho in their government.
* Watch the full interview in the gallery above.