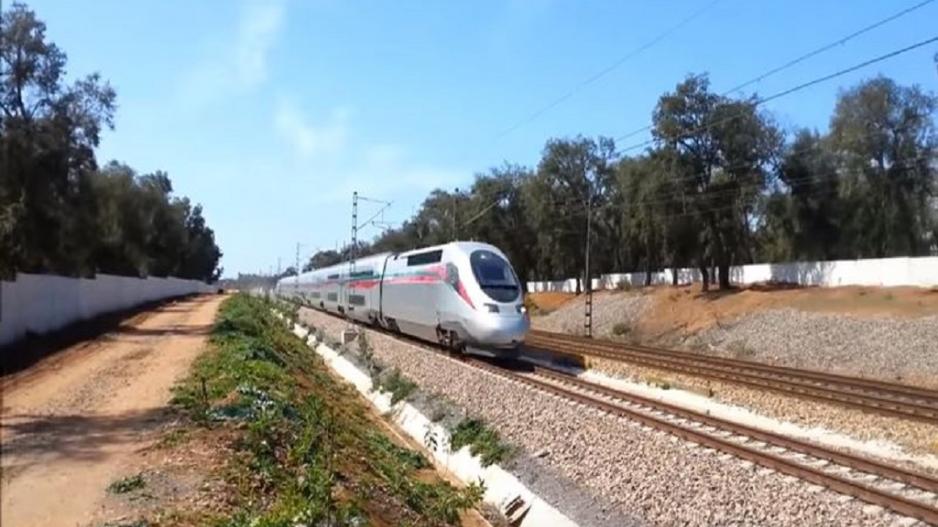 Still image of train that forms a link between Casablanca and Tangiers via the capital Rabat will slash journey times between the North African country's economic hubs by almost two thirds, to just over two hours.

One train reached 275 kph (170 mph) on Monday along a stretch of track between the northern cities of Kenitra and Tangier, Morocco's national rail operator ONCF said.

"This is already the fastest train on the African continent," said French Foreign Minister Jean-Yves Le Drian, who was in Morocco to sign a loan deal between the ONCF and the French Development Agency.

Engineers in Morocco are preparing to test the Arab world's first high-speed railway this week https://t.co/lfhuCWck8C

He said the railway was "emblematic of the Franco-Moroccan bilateral relationship".

The 350-kilometre (215-mile) link between Casablanca and Tangiers via the capital Rabat will slash journey times between the North African country's economic hubs by almost two thirds, to just over two hours.

Morocco's TGV, which gets its name from the French abbreviation for high-speed trains, is set to enter service in summer 2018.

The project is 50 percent financed by France with loans of around $2.4 billion (2 billion euros).

This bullet train in Morocco >>half the price of SGR in Kenya.#NoReformNoElections pic.twitter.com/DcJDRLVIkL

It is set to go around 15 percent over budget, according to figures released on Monday.

The route, made more complex by hilly terrain and strong winds, required the building of several viaducts including one some 3.5 kilometres long.

The ONCF expects the line to attract six million travellers within its first three years.

Lakhlii said tickets would cost about 30 percent more than those for the current rail link.

Moroccan leaders have heralded the project as a key step in modernising the country's infrastructure.

But opponents have criticised it, saying the money could have been better spent in a country where many live in poverty.

They also argue that it unfairly favoured French companies.