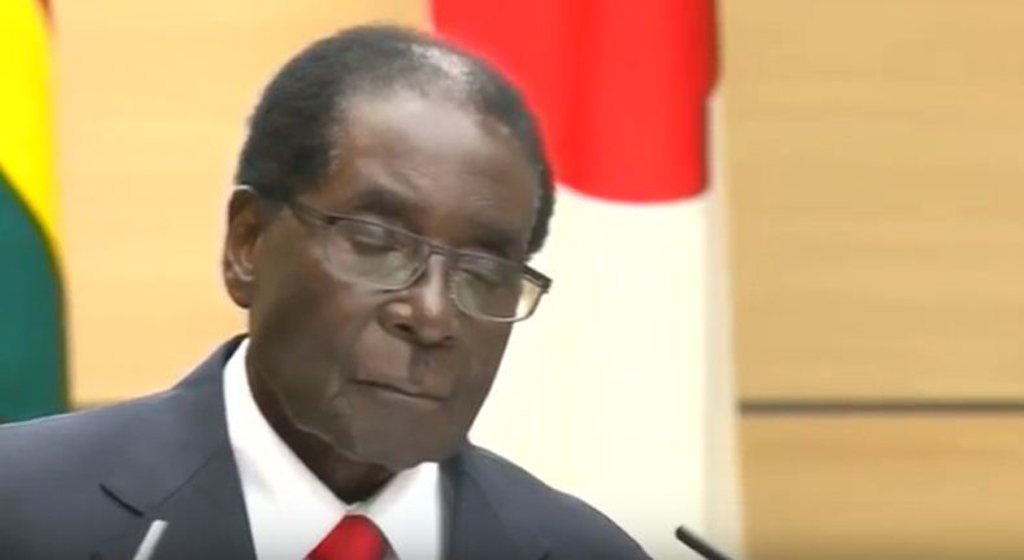 A screen-grab image of President Robert Mugabe appeared to be dozing off during his visit to Japan.

JOHANNESBURG – President Robert Mugabe appeared to be dozing off as Japan’s Prime Minister Shinzo Abe spoke on how the two countries can strengthen their ties.

Abe invited the 92 year old to Tokyo, Japan on Monday March 28 to further diplomatic ties ahead of the Sixth Tokyo International Conference on African Development (TICAD VI) that will take place in Kenya in August.

Abe called Mugabe an iconic leader of Africa, but the 92-year-old likely missed that compliment as he was struggling to stay awake.