WATCH: SA will need to intervene in the event of a Zim coup 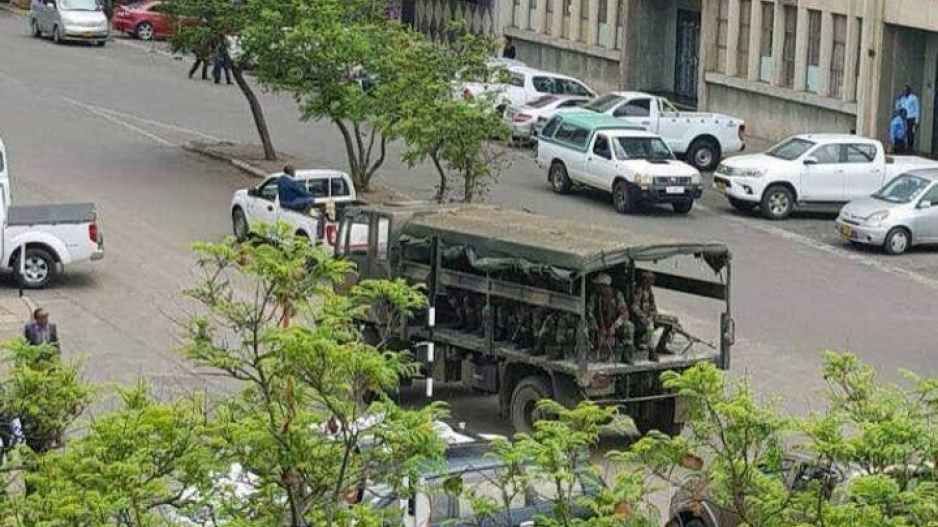 Unverified photos show tanks in the street of Harare.

JOHANNESBURG – South Africa could be forced to intervene in Zimbabwe in the event of a coup, the SA Institute of Security Studies (ISS) said.

This comes as tanks were seen in the streets of the Zimbabwean capital, Harare, on Tuesday.

GALLERY: Tanks in the streets of Harare in &39;show of force&39;

Zimbabwean army chief Constantino Chiwenga, in an unprecedented move, just a day ago openly threatened to step in to end a purge of supporters of ousted vice-president Emmerson Mnangagwa.

The ISS’ Liesl Louw-Vaudran said South Africa, as the chair of the Southern African Development Corporation (SADC), would have to intervene in the event of a coup.

Thomson Reuters African Bureau chief, Ed Cropley, however, says he doesn’t believe there is a coup in Zimbabwe at this stage.

He says Chiwenga may want to intimidate Robert Mugabe’s wife to stand down.

"The latest theory doing the rounds is that may be (a show of) force by Chiwenga and the army, not necessarily aimed at Robert Mugabe, but aimed at his wife and the G40 faction that has been in the ascendancy since vice president Mnangagwa was ousted just over a week ago.

"According to this theory, Chiwenga sent these tanks. He’s rolled them into the headquarters where they are now sitting. He’s now essentially telling Mugabe I can’t take these tanks home if you tell your wife to stand down - we don’t want her to be the next president of Zimbabwe.”

Earlier on Tuesday, ANC secretary general, Gwede Mantashe said the Zimbabwean government must get its house in order without interference from the ANC.

According to Mantashe, "The chief of the army in Zimbabwe made a certain statement. The government in Zimbabwe must deal with that matter, not the ANC in South Africa. Zanu PF must deal with that issue because Zimbabwe is not our colony, we have no authority over them, that’s the point we’re making. At one time, there were suggestions that we must walk in Zimbabwe and whip them into line. We  will not do that, they’re our neigbour.”