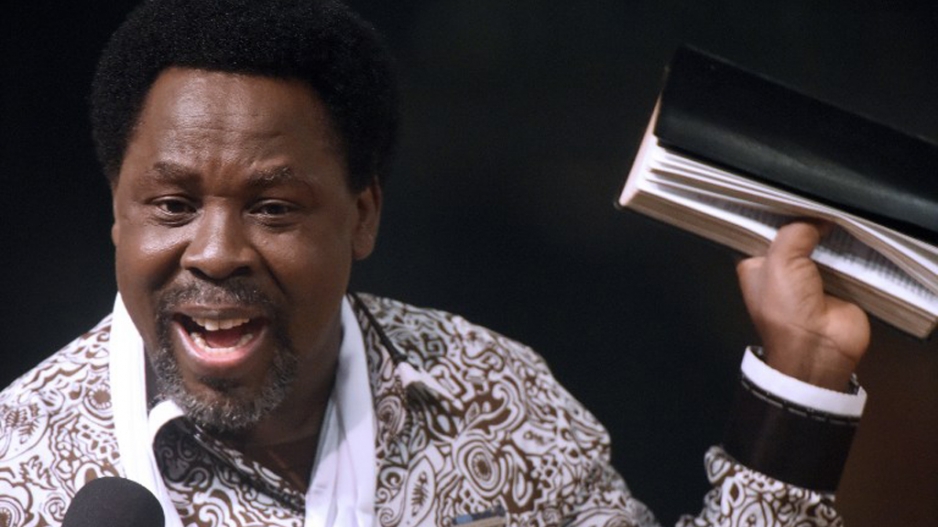 Nigerian pastor TB Joshua speaks during a New Year's memorial service for the South African relatives of those killed in a building collapse at his Lagos megachurch on December 31, 2014.

JOHANNESBURG – Nigerian preacher and “prophet” TB Joshua is predicting "trouble" for an African president between February and April 2016.

He has issued no specifics, but says the leader will be from “somewhere in southern Africa”.

He is also warning of dire food shortages for the continent, as well as the spreading of terrorism to more African states.

Joshua&39;s predictions can be found seven minutes into the video below.