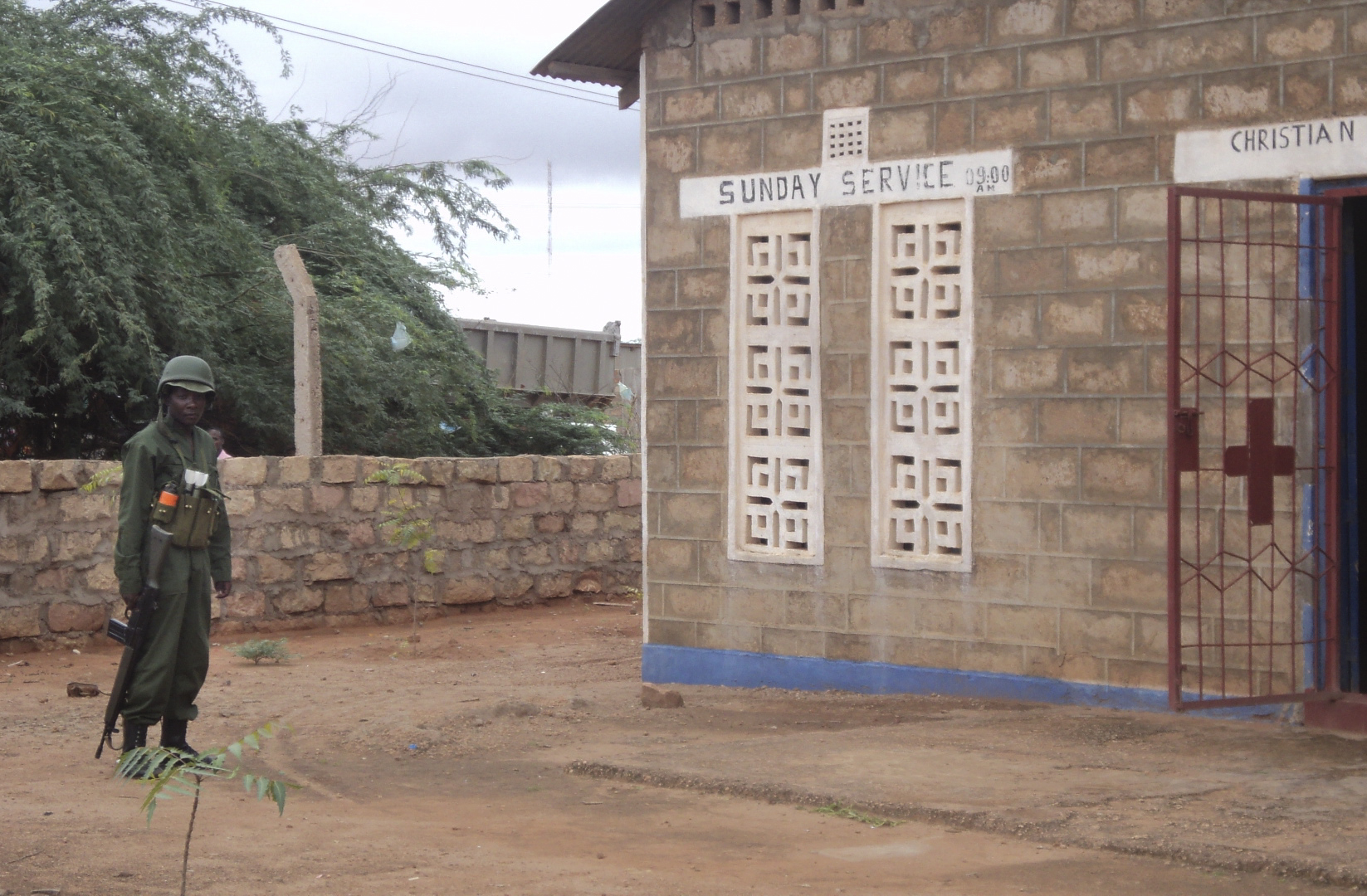 Churches in Kenya are turning to armed guards to protect their Easter Sunday congregations.

GARISSA - After al-Shabaab gunmen massacred nearly 150 people at a Kenyan university on Thursday, singling out Christians for point-blank executions, churches in Kenya are turning to armed guards to protect their Easter Sunday congregations.

Four masked gunmen from the Somali Islamist group went on a shooting rampage, hunting down students to kill and take hostage during a day-long siege at a university in Garissa, some 200km from the Somali border.

Kenya&39;s Christians, who make up 83 percent of the population of 44 million, have been horrified by survivors&39; tales of how the militants sought out Christian students to kill while sparing some Muslims.

Militants on Saturday threatened to stage more attacks and turn Kenyan cities "red with blood". Police said they are providing extra security at shopping malls and public buildings in the capital Nairobi and in the eastern coastal region.

Kenyan priests, who have been targeted by Islamists in the past, say they fear Christian churches may bear the brunt of possible fresh attacks on Easter Sunday.

"We are very concerned about the security of our churches and worshippers, especially this Easter period, and also because it is clear that these attackers are targeting Christians," Willybard Lagho, a Mombasa-based catholic priest and chairman of the Coast Interfaith Council of Clerics (CICC), told Reuters.

He said Christian churches in the Indian Ocean port city of Mombasa will be hiring armed policemen and private security guards for mass on Easter Sunday.

In Garissa, the scene of Thursday&39;s massacre and where masked gunmen in 2012 killed more than a dozen people in simultaneous gun and grenade raids on two churches, six armed soldiers were shielding the town&39;s main Christian church and about 100 worshippers ahead of Sunday mass.

Kenya has imposed a dusk-to-dawn curfew in four crime-ridden counties along its porous 700km border with Somalia, while helicopters were deployed along its palm-fringed coastal region popular with Western tourists.

Robert Kitur, the coastal region police chief, told Reuters extra uniformed and plain-clothes police officers have been deployed in the area, where Islamists have carried out attacks in the past.

"It is a delicate period but we have put the best possible surveillance," he said. "What happened in Garissa must never be seen in Mombasa or anywhere else in the region and country."

The al-Qaeda-aligned al-Shabaab said the Garissa assault was punishment to Kenya for sending troops into Somalia to fight the group alongside other African Union peacekeepers.

Late on Saturday, 613 students and 50 staff from Garissa University College arrived by bus in Nairobi, where they were welcomed by sobbing parents and relatives.

Parents of missing children were at the city&39;s mortuary, trying to identify the dead.

It was the most deadly attack on Kenyan soil since al-Qaeda in 1998 bombed the US embassy in Nairobi, killing more than 200 people and wounding thousands of others.

END_OF_DOCUMENT_TOKEN_TO_BE_REPLACED

US bans travel from South Africa