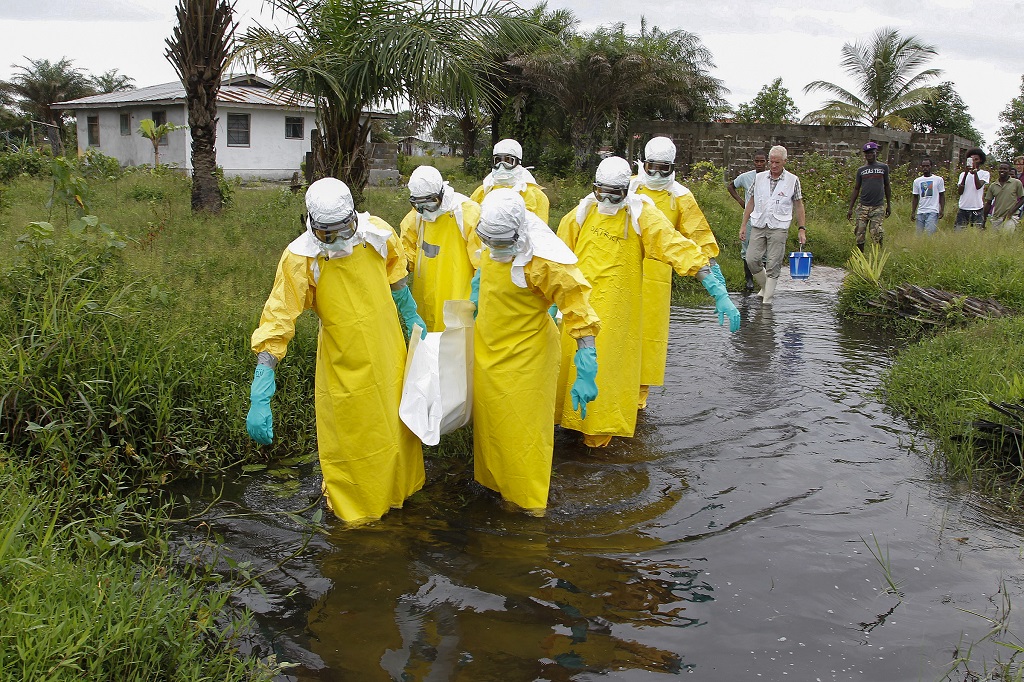 A burial squad carry the body of an Ebola victim in Marshall, Margini county, Liberia. Health workers in the country are threatening a strike.

ACCRA - West Africa&39;s regional bloc on Friday called for international help to go beyond immediate medical care for Ebola-hit nations, warning that lives had been blighted by the epidemic.
The Economic Community of West African States (Ecowas) said among issues that needed to be addressed were the needs of children orphaned by the disease and the economic impact of the crisis.
Regional and international responses to Ebola should "extend beyond the obvious and tangible needs", said Ghana&39;s President John Dramani Mahama, who is the current Ecowas chairman.
More than 2,000 orphans had been registered in Liberia alone, according to a statement released after a meeting of Ecowas heads of state and government in Ghana&39;s capital Accra on Thursday.
At the same time, about half of those who recovered from Ebola were unable to return home or to work.
"With such large numbers of the labour force unable to work as a result of infection or quarantine measures, the economies of Liberia, Guinea and Sierra Leone have all but crumbled," said Mahama.
As a result, aid to the three countries worst hit by the outbreak should include a plan for their "future sustainability", he added.
"We cannot and must not leave them as the disease found them. To do so would make all our efforts and all our assistance virtually meaningless," he said.
A number of foreign governments, notably the US and Britain, have set up medical facilities in Liberia and Sierra Leone but there have been calls for more to be done.
The World Bank has mustered some $500-million (R5,7-billion) to help battle the disease as well as strengthen social services in Liberia, Guinea and Sierra Leone. Of that, some $117m has already been disbursed.
The three countries, where the bulk of the nearly 5,000 deaths and more than 13,000 infections have occurred, are part of the 15-member bloc.