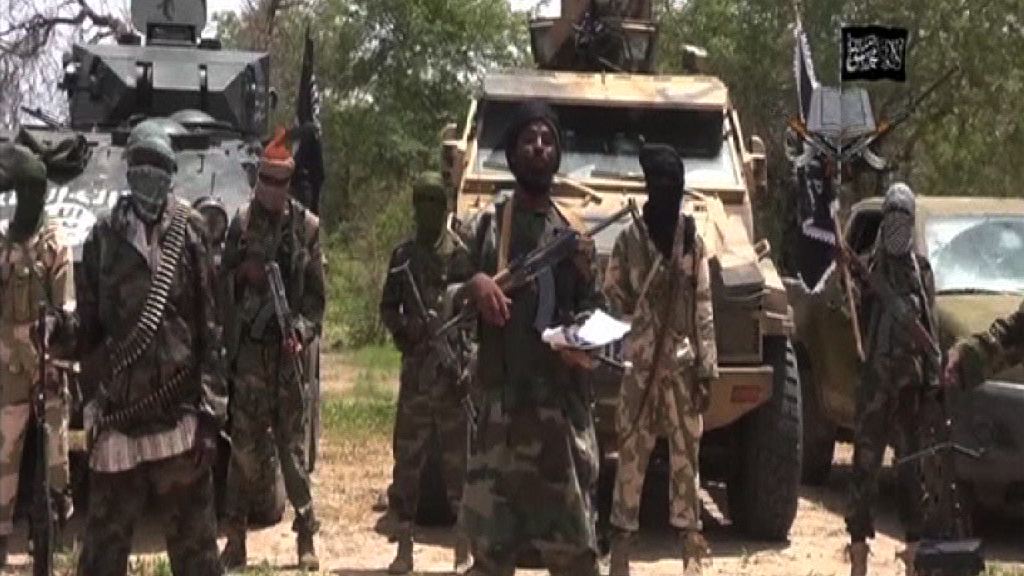 The militants have staged multiple attacks across restive Borno state since Wednesday, gunning down worshippers at evening Ramadan prayers, shooting women in their homes, and dragging men from their beds in the dead of night.

A young female suicide bomber also killed 12 worshippers when she blew herself up in a mosque in Borno. While there was no immediate claim of responsibility, Boko Haram has used both men and young women and girls as human bombs in the past.

"President Muhammadu Buhari has condemned the latest wave of killings... describing them as most inhuman and barbaric," the presidency said in a statement.

The bloodshed is the worst since Buhari came to power in May, vowing to root out the insurgency that has claimed more than 15,000 lives.

Up to 50 armed men on motorbikes stormed the village of Mussa in the latest atrocity on Friday, shooting villagers and burning their homes, survivor Bitrus Dangana told AFP.

"They killed six people in the village and they chased the inhabitants into the bush, firing at them... 25 people were killed in the bush," he said.

Another survivor, Adamu Bulus, confirmed 31 people had been murdered.

It was the fourth time that Boko Haram had attacked the village in the past year, local youth worker Sunday Wabba told AFP, describing how they "killed everyone on sight".

News of the massacres first emerged on Thursday, when survivors told of raids on three different villages in Borno state the previous evening that left at least 145 people dead and many houses burnt to the ground.

On Friday, fresh details of the killings emerged from a resident of Kukawa, near lake Chad, the worst-affected village.

Baana Kole told AFP that he and others had managed to escape into the bush where they spent the night, before returning to bury the dead, only to find that the militants had laid mines everywhere.

"Some residents who hid in trees saw them planting the mines and alerted us when we returned to the village and started burying our dead," he said.

"So many dead bodies are still in Kukawa lying unattended. We had to abandon them because we could not carry them with us."

Less than 24 hours later, a girl blew herself up in a mosque in Malari village, more than 150 kilometres away from Wednesday&39;s attacks.

"The bomber was a girl aged around 15 who was seen around the mosque when worshippers were preparing for the afternoon prayers," Danlami Ajaokuta, a vigilante assisting the military against Boko Haram, told AFP.

"People asked her to leave because she had no business there and they were not‎ comfortable with her in view of the spate of suicide attacks by female Boko Haram members.

"She made to leave‎ but while the people were inside the mosque for the prayers she ran from a distance into the mosque and blew herself up," he added -- an account corroborated by resident Gajimi Mala.

Early Friday morning, as people were sleeping, Boko Haram militants dragged men out of houses in Miringa village and shot them for escaping forced conscription.

They "picked 13 men from selected homes and took them to the Eid prayer ground outside the village where they opened fire on them," resident Baballe Mohammed said, adding 11 died and two managed to escape.

He and another resident said the victims had been targeted because they had fled their home village after Boko Haram tried to force them to join their ranks.

The armed group has intensified its campaign of violence since Buhari came to power on May 29, launching raids, explosions and suicide attacks that have claimed over 450 lives.

The spike in violence has sparked concern that earlier victories claimed by the armies of Nigeria, Niger, Chad and Cameroon in the region are being eroded.

The four countries -- all of which border Lake Chad, a focal point of Boko Haram unrest -- launched offensives against the militants early this year as it became apparent that the armed group was making big gains in Nigeria.

They managed to push the militants out of captured towns and villages, but the recent attacks highlight that Boko Haram is not defeated.

A new regional fighting force comprising 8,700 troops from Nigeria, Niger, Chad, Cameroon and Benin is due to deploy at the end of the month.