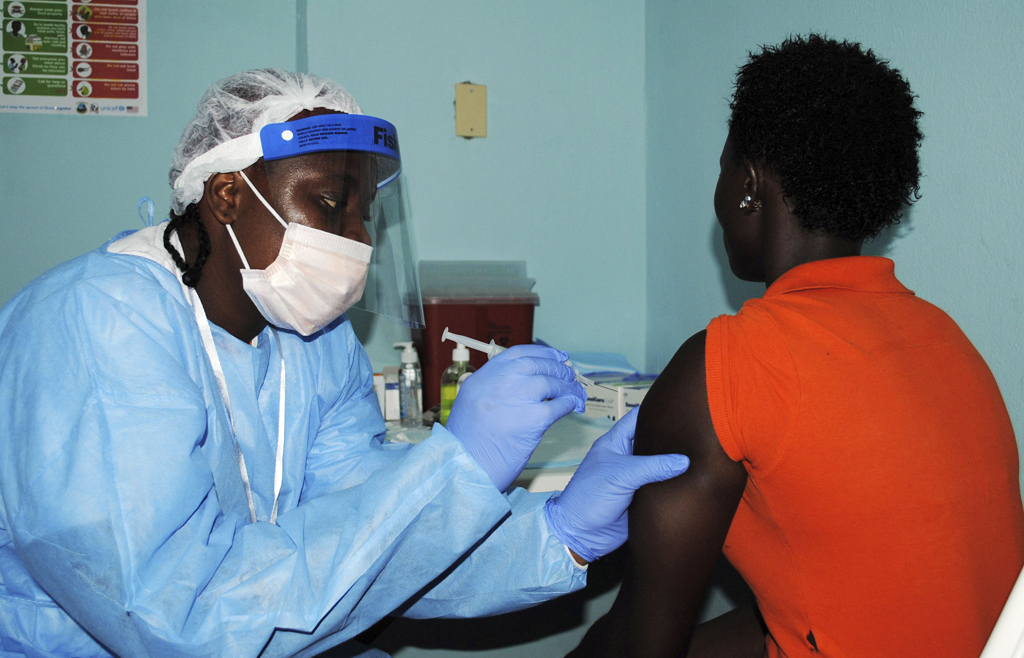 File: A health worker injects a woman with an Ebola vaccine during a trial in Monrovia, February 2, 2015. REUTERS/James Giahyue

FREETOWN – The vice-president of Sierra Leone has placed himself in quarantine after one of his bodyguards died of Ebola, the national Sierra Leone Broadcasting Corporation and other broadcasters reported on Sunday.

Samuel Sam-Sumana said he would avoid contact with other people for 21 days as a precaution.

The home of bodyguard John Koroma has been disinfected and put under quarantine since he died last week.

According to the World Health Organisation, 23,253 people have contracted the Ebola virus, which has ravaged Guinea, Sierra Leone and Liberia since March last year, resulting in 9,380 deaths.