Where have all the donkeys gone? Burkina Faso's export dilemma 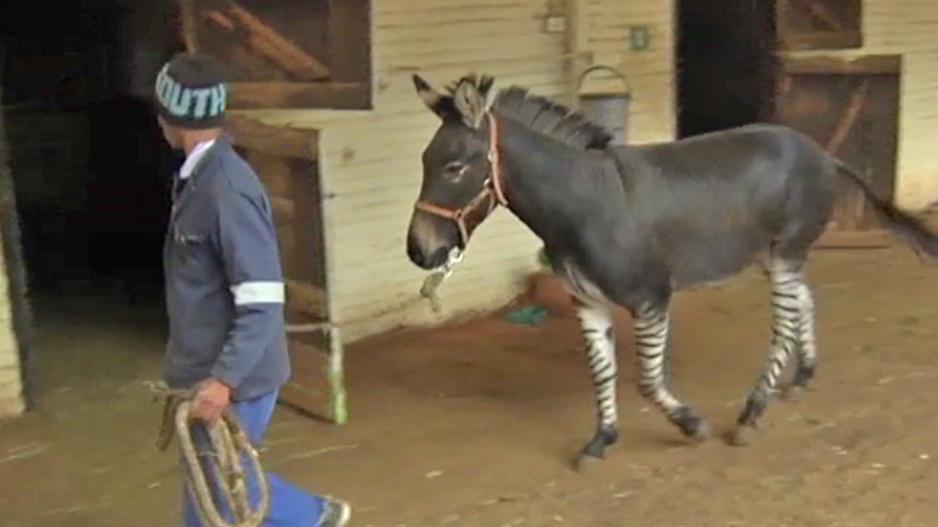 The love child of a zebra and a wild donkey is turning heads in the Free State. The Roux family believes he could be destined for life as a star.

OUAGADOUGOU - In the small Burkina Faso village of Balole, where farmers struggle to grow tomatoes, cabbages and aubergines, angry youngsters armed with batons and machetes are barring entry to the slaughterhouse.

A sickening stench from dozens of rotting donkey carcasses hangs in the air.

This is the flipside of Burkina&39;s booming trade with Asia in donkey meat and donkey hides.

Fed up with the foul smell and pollution blamed on the slaughter, dozens of villagers earlier this month ransacked the abattoir and have blocked its entrance ever since.

Eating donkey meat is nothing new in parts of the west African country, where some believe the flesh has medicinal virtues and can even cure measles.

But the export of donkey meat and hides, notably to China and Vietnam, has flourished beyond measure in recent years, triggering some controversy.

"More than 45,000 donkeys have been slaughtered in less than six months" out of an estimated total of 1.5 million, says government spokesman Remi Fulgance Dandjinou.

"The subject has come up twice in cabinet meetings and the ministry of animal resources has been told to find ways of regulating the slaughter."

Burkina&39;s customs service, quoted by the Sidwaya daily paper, said 19 tonnes of donkey hides had been flown to Hong Kong alone between October 2015 and January 2016.

Some fear the roaring trade could see donkeys disappear altogether in Burkina Faso, one of the world&39;s poorest nations where the beasts are used for transport.

Females take a year to bear their young and need two years between each birth.

In Balole, which is around 25 kilometres (15 miles) west of the capital Ouagadougou, villagers took matters into their own hands when their vegetables wilted in the soil due to toxic runoff from the plant.

As part of their protests, they let hundreds of animals loose.

"More than 400 now are in the bush. Some that were sick or very hungry are dying and infecting the village even more," said Karim Simpore, the villager who says he led the July 11 raid.

The abattoir, built in 2011, was rented out to a French businessman and his Chinese partners by the local owner. The managers of the slaughterhouse declined to comment on developments.

Their company, Best Trade Center, exported exclusively to Asia, with hides mainly for China and meat going to Vietnam, the authorities and several witnesses told AFP.

"Four trucks full of donkeys would arrive every day, from Burkina, Mali and even Mauritania," Simpore said. "They&39;d slaughter 150 to 200 donkeys a day."

During an inspection more than 85 donkey corpses were found on the premises "decomposing with worms coming out," water and forestry official Christophe Bazie told AFP.

He said the firm was fined one million CFA francs (15,000 euros) for abandoning harmful waste, but that fines could be 10 times higher or even be jail terms.

Local farmer Simpore said that when the business began, there seemed to be no problems.

"But once the first rains fell, water washed the blood and the offal from the abattoir to the wells and streams, so there was no fresh water left to drink."

"There&39;ll never be a single donkey slaughtered here ever again," said one of the protesters, Ali Ouedraogo.