Who is the African billionaire who wants to buy Arsenal? 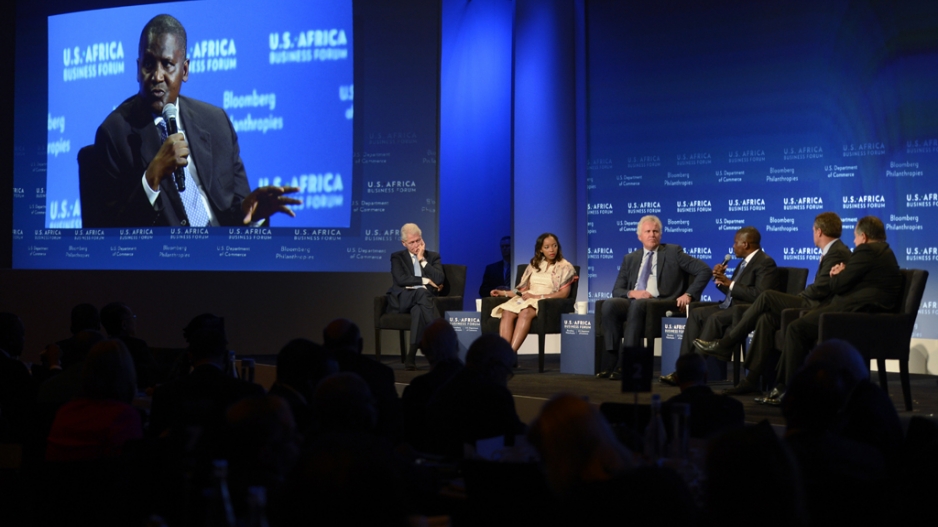 Aliko Dangote is far more than just a billionaire with an interest in buying English football club Arsenal. In this picture he's responding to a question during a session of the US-Africa Business Forum in Washington, DC, USA, 05 August 2014. EPA/SHAW

JOHANNESBURG - Africa receives an estimated $7 billion a year in charity from its own philanthro-capitalists.
Leading the pack is the continent&39;s richest man, Aliko Dangote,  who has donated $185 million to good causes in the past two years.
He has given $6 million to the Dangote Academy, which aims to develop human capital across various sectors, $6 million to the rehabilitation of Nigerian Universities - as a contribution to education - $15.4 million to cushion the effects of flooding in Nigeria, and handed out $3.3 million to women made vulnerable affected by the insurgency in the north east of Nigeria.
While a recent remark about maintaining an interest in the English Arsenal Football club, has attracted a great deal of attention, Dangote is considered a major role-player on the African continent as a driver of economic development.

He was born into an affluent Muslim family, but is still widely considered a self-made man.
Married with three children, he started his empire with a small trading group in 1977 at the age of 20.
Today&39;s Dangote&39;s investments span the continent, ranging from telecommuncations and transport to food production in Nigeria  South Africa, Togo, Ghana and Cameroon, among others.

A major current investment taking much of his attention is an $11 billion oil refinery in Nigeria expected to produce 650,000 barrels per day,

Despite the widely-diversified portfolio, the jewel in his crown is Dangote Cement, which expects to double its cement production capacity across Africa this year to 40 million metric tons.
The billions that flowed from the cement operations means that today, at 58, Dangote worth anywhere between (depending on who you ask) $18 and $25 billion. (He is in the top 25 richest people in the world.)
He was Forbes&39; African Person of the year for 2014 and in the same year co-chaired chaired the 2014 World Economic Forum, and pledged to spend $15 billion in business opportunities around Africa.

Dangote holds a Bachelor of Arts/Science degree from Al-Azhar University, and has turned his hand to some  surprising ventures.
He has been accused of using his political connections to advance his business interests, but Dangote may well take a more direct interest in Nigerian politics.
He funded the re-election campaign of Olesegun Obasango in 2003, and although his financial backing has never been proven, he was seen to be large supportive of the return to power of Muhammadu Buhari, who recently beat incumbent Goodluck Jonathan in a presidential election in Nigeria.
He has made his desires for Nigeria clear.
He wants Buhari to focus on three key issues after his inauguration on May 29:
What are the chances that Aliko Dangote will actually buy Arsenal, a club he tried to acquire five years ago?

While today he is seven times wealthier than when he was originally turned down by Arsenal&39;s owners, and while he remains interested in the club, he says he&39;s simply too busy.
He has his sights firmly set  on listing Dangote Cement on the London Stock Exchange before the end of 2016.